“The distinguishing feature of the work involved is its original design concepts […] locating the entire product range below ground level, building underground to all intents and purposes in other words, has meant rethinking the traditional idea of factories in a sense, developing it in a spacious cavity, concealed and non-invasive in terms of how the landscape is perceived” P. Polano, Casabella 699 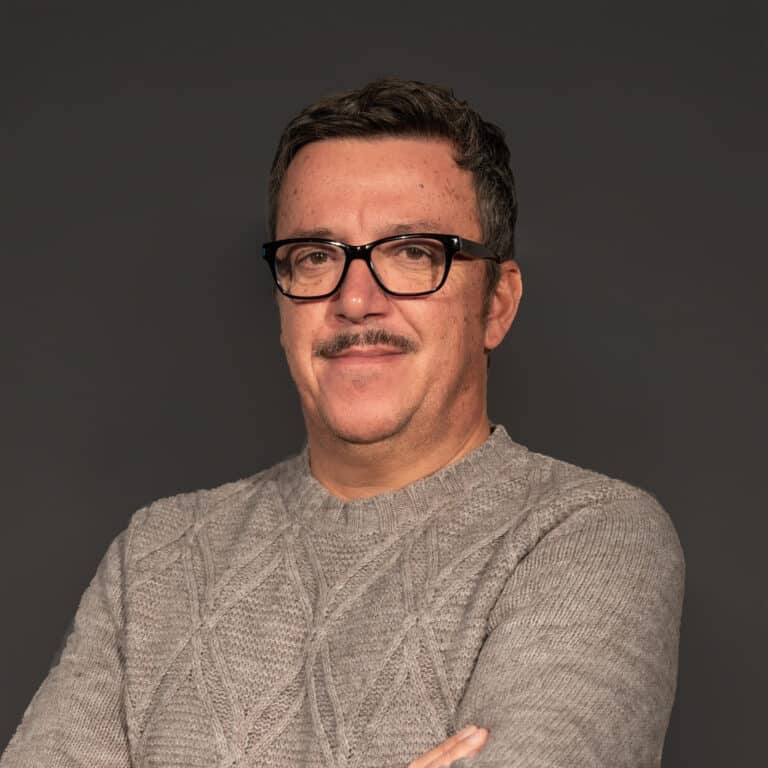 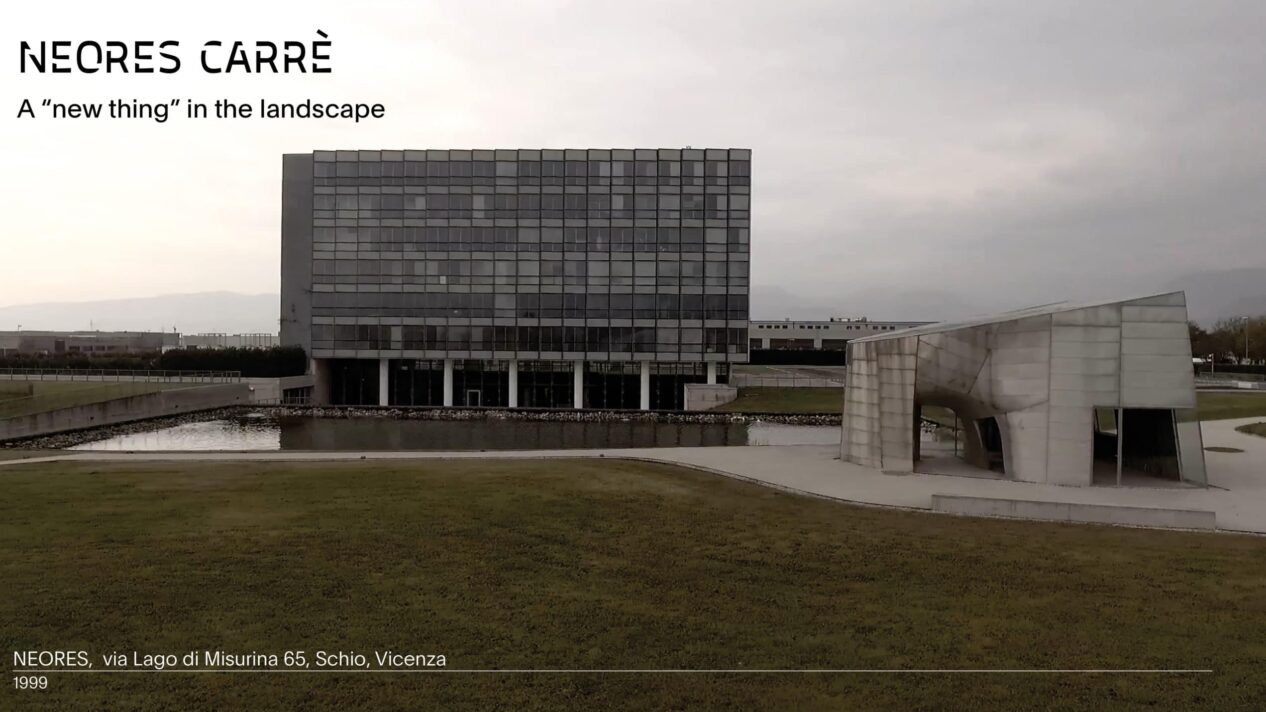 Neores is a “non-factory factory” in the industrial area of Schio, Vicenza, in a part of the Veneto region with a large number of factories, but one that – to the eye – is closely connected with the foothills of the Alps, which can be seen in all their silent majesty all around. The Neores project is an original hybrid of a landmark and an underground building, that features innovative concepts compared to a more traditional industrial site, with special attention paid to how the local land is used, its relationship with the landscape, and the comfort of human resources.
A small, quiet revolution against the brutalist architecture of north-east Italy’s more typical production sites.Consequently, Neores is a one-of-a-kind factory whose adoption of the very latest technology is matched with respect for individuals, and a humanistic idea of work prevails over the supremacy of goods, while at the same time the centrality of humans and their proper relationship with the environment are re-evaluated.   But how could we turn this idea and these concepts into real architecture? While working on later stages, ASA studio albanese hit on the solution to the problem: take everything that is considered to be of less value, such as goods and machinery, underground, leaving the privilege of the landscape to human beings.
So Neores was born: literally, a “new thing”, a building that grew upside down. The building descends up to 24 metres underground with a warehouse of over 20,000 m2, while above the surface there are 3,600 m2 of offices. Furthermore, taking a Mies van der Rohe-like step back from the road, a large natural park area opens up.
Neores is a diaphanous, transparent seven-level parallelepiped that watches over the countryside and communicates with the outlines of the mountains in the background.“
Service architecture” that is not ashamed to be contemporary, lit up at night by a covering of programmable LED lights in up to 264,000 different shades.
Neores exemplifies a new kind of manufacturing construct, that can symbolically coexist in harmony with human beings, with the surrounding habitat, and with the local area. 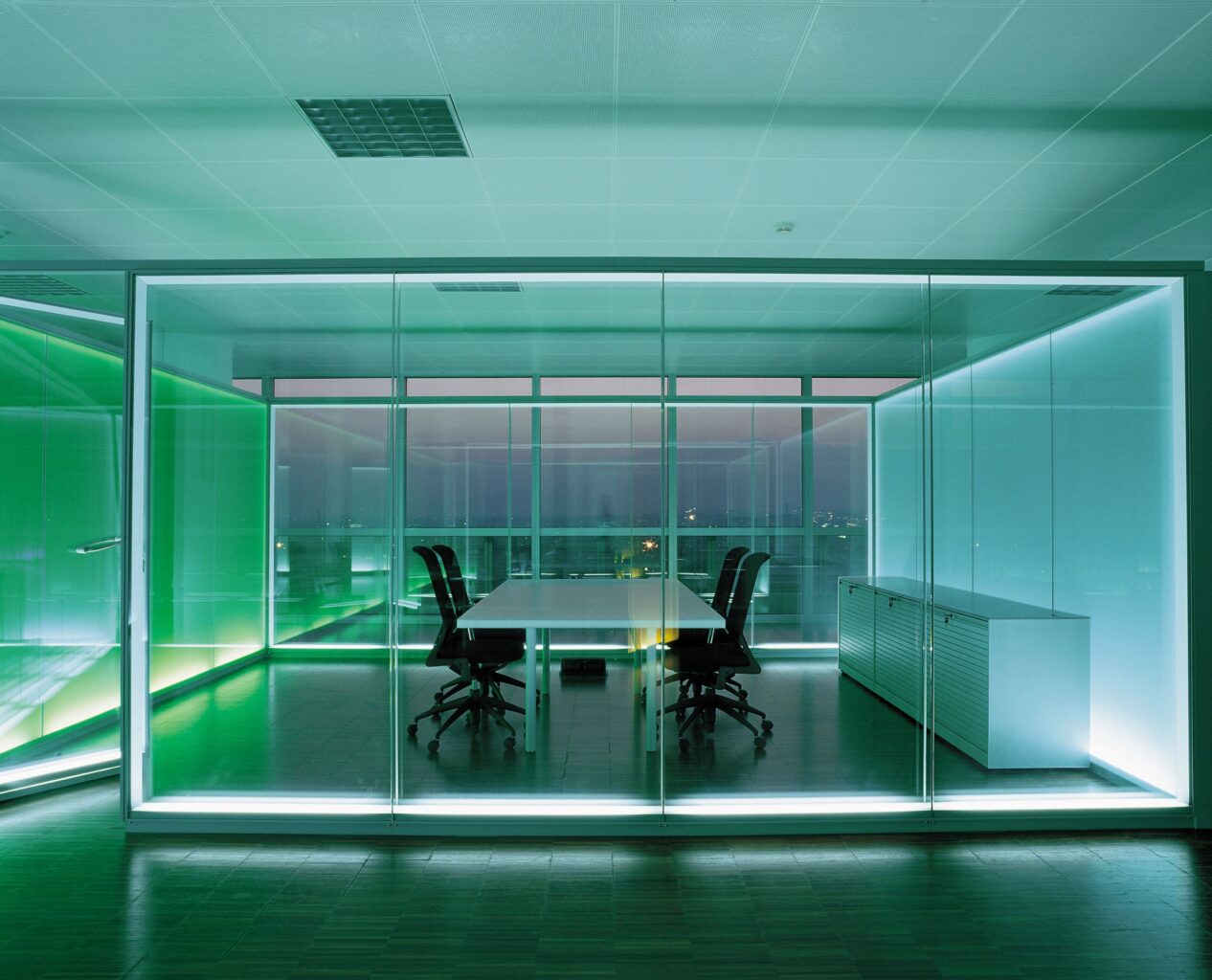 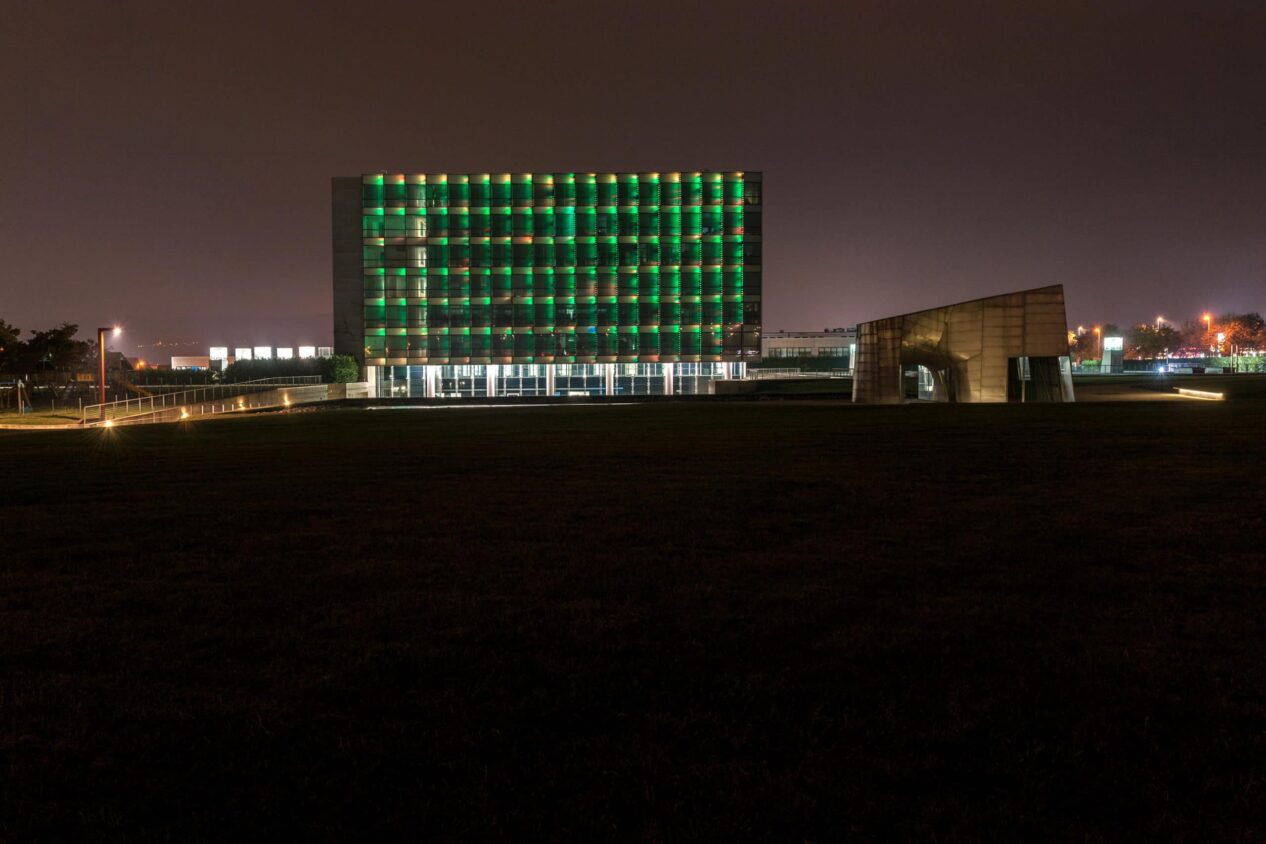