The city of Mestre has a very unusual urban history: it did not grow in a linear fashion but is the result of a summation of isolated, disjointed and non-consecutive architectural episodes. Mestre is an episodic city: its logic is one of exception, and discontinuity is part of its heart and soul. 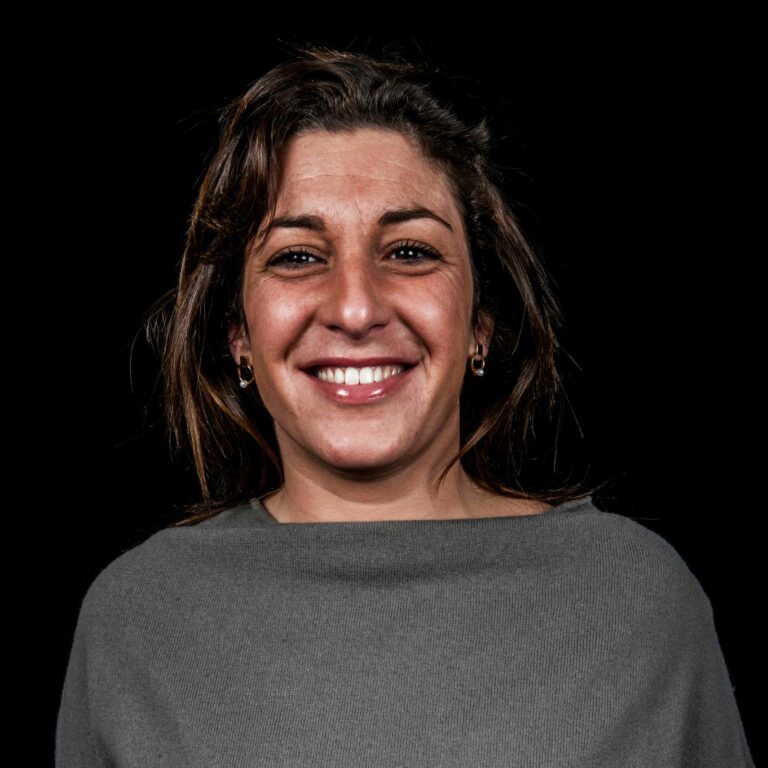 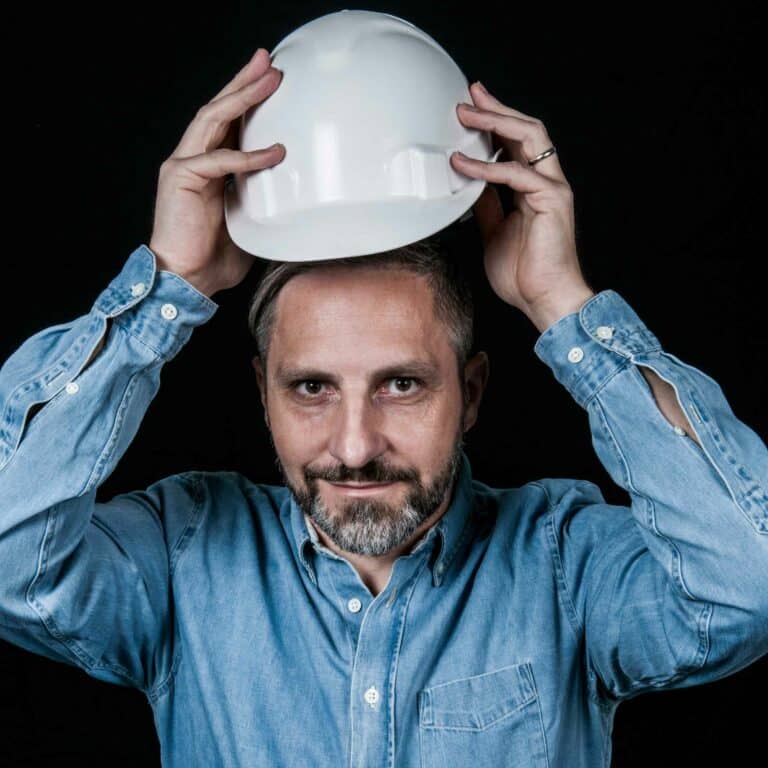 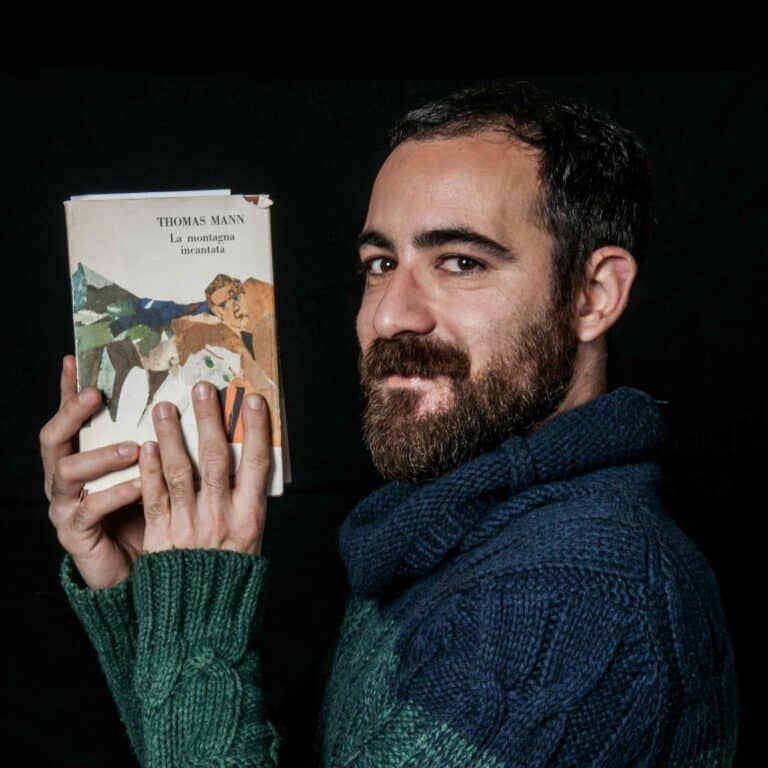 Giuseppe studied philosophy in Venice and Paris, completing his research doctorate in 2006. Since 2007 has managed ASA studio albanese's communications, dealing with new acquisitions for the Library and taking part in key concept and project philosophy planning. From 2007 to 2010 he was a regular contributor to Domus magazine, providing articles, research and reviews, as well as working as editor on the books section for several editions. Before joining ASA, he was assistant librarian at the Museum of Modern Art in Ca' Pesaro in Venice (from 2001 to 2005). As a freelance copywriter he has produced concepts and text for various projects, working with the digital storyteller Felice Limosani on “Il sole sui tetti” 2011 and 2012, with the Fondazione Gaetano Marzotto for the Progetto Marzotto 2013, and with Intertrade Group and Agenzia del Contemporaneo for Pitti Fragranze 2014. He was a tutor at the summer workshop of the Architecture School in Venice in 2009 and 2010. The often exceedingly loud music blaring through his AKG headphones includes Radiohead (and never Coldplay), he loves wide open spaces that aren't very city-like, such as Berlin, and he prefers red wine to white. 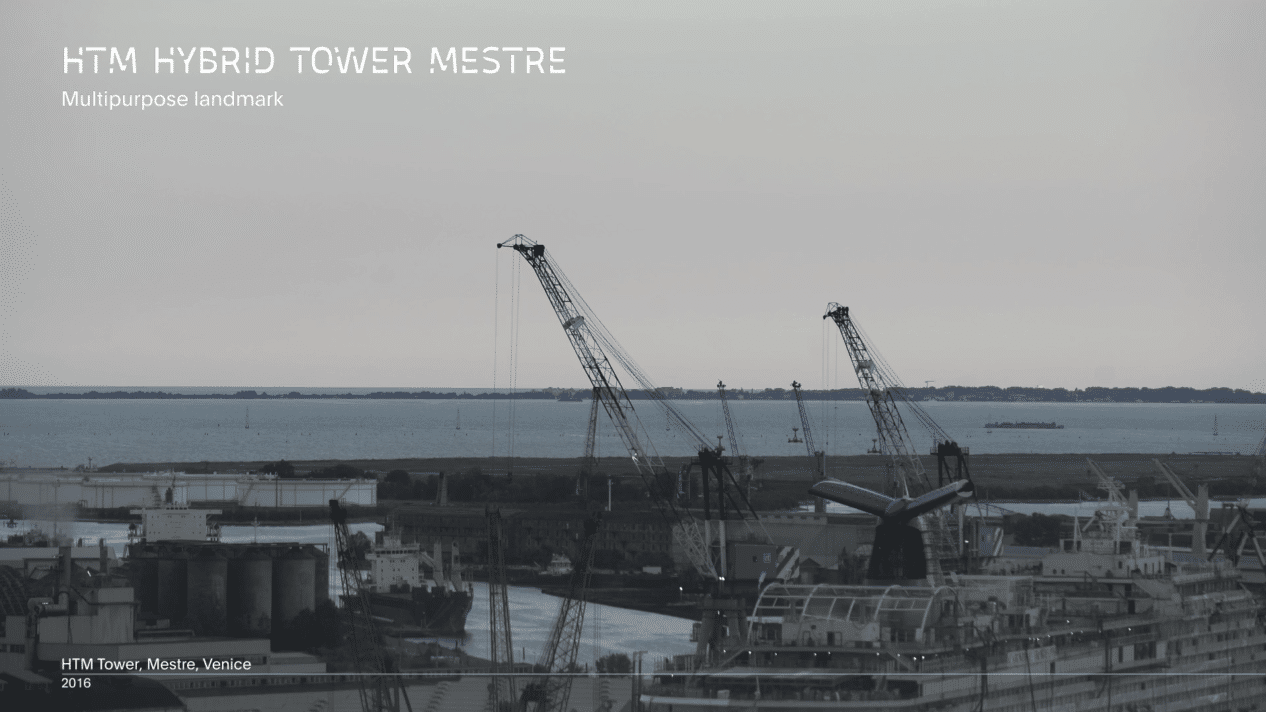 The Hybrid Tower Mestre reflects this concept: it is located in Mestre, in an urban setting at the crossroads of Corso del Popolo and Via Torino, in a prime location for its accessibility, proximity to Venezia, and its relation with the lagoon. This part of the city has undergone very rapid transformation, evolving from being an industrial and semi-abandoned area to become a new business, tourist and residential hub.
Mestre’s layout is episodic, so HTM’s height of 81 metres on 19 levels is the latest episode in this evolution, a new multifunctional landmark for the city.The tower features a mechanism particularly suited to vertical buildings: the concept of hybridisation of intended uses, the coexistence and overlapping of different layers in the same architectural object.The choice of a hybrid concept, reiterated in the name it has been given, can be seen not only in the layout of the interiors but particularly in its formal solutions: in the heterogeneity of the functions that can immediately be seen from the outside, by adopting a different and typical stylistic analysis.The studio’s project also did away with the typically accumulative logic of the previous projects, reducing the volumetric impact by more than 60% compared to the initial projects and improving the quality of the correlations with the surroundings.
HTM comprises collective and private areas, and has a health centre (levels 2 and 3), office levels (4-11), and residential housing (12-16), as well as a panoramic restaurant on the 17th and 18th floor and, on the top, an impressive terrace, with a 360° panoramic view.
The choice of how the residential and office areas are distributed is intentionally non-standard, with alternating duplexes and simplexes. 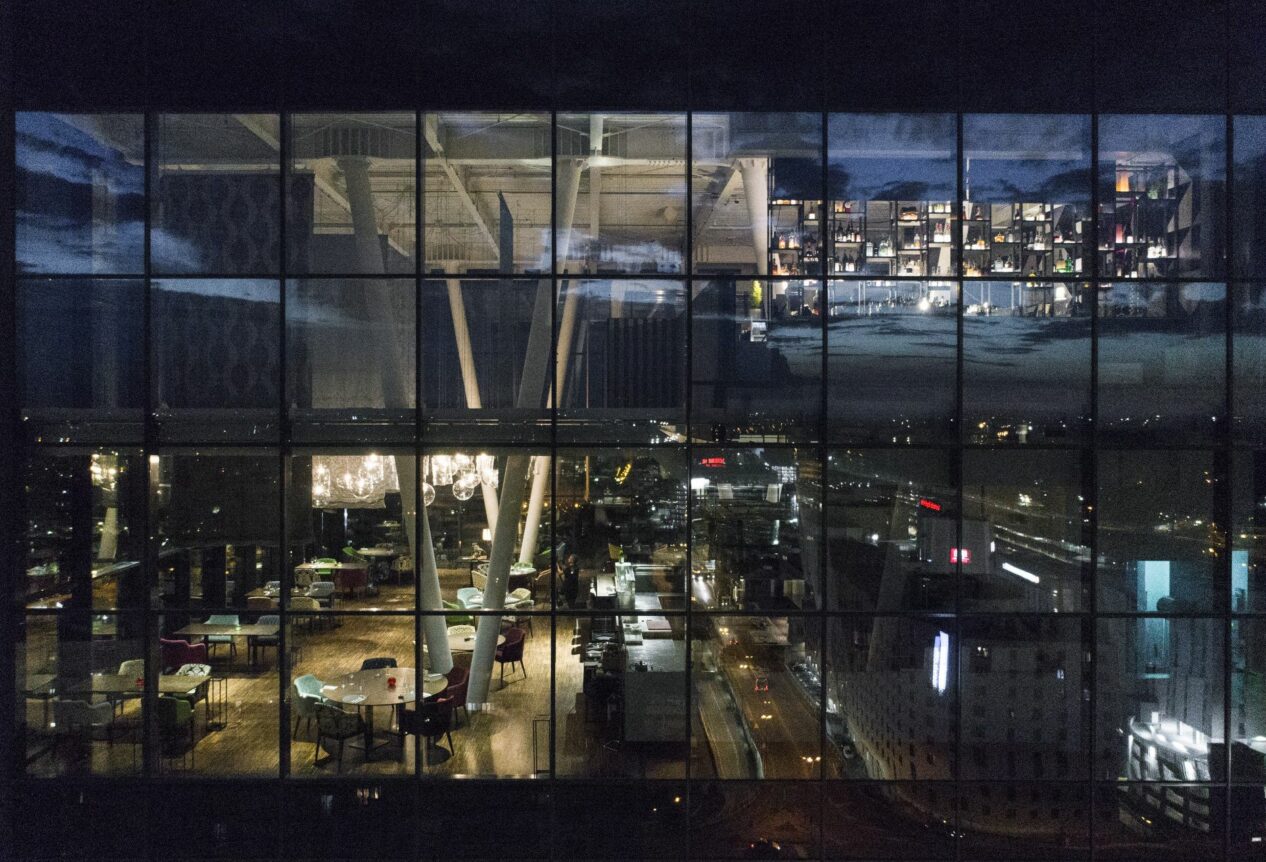 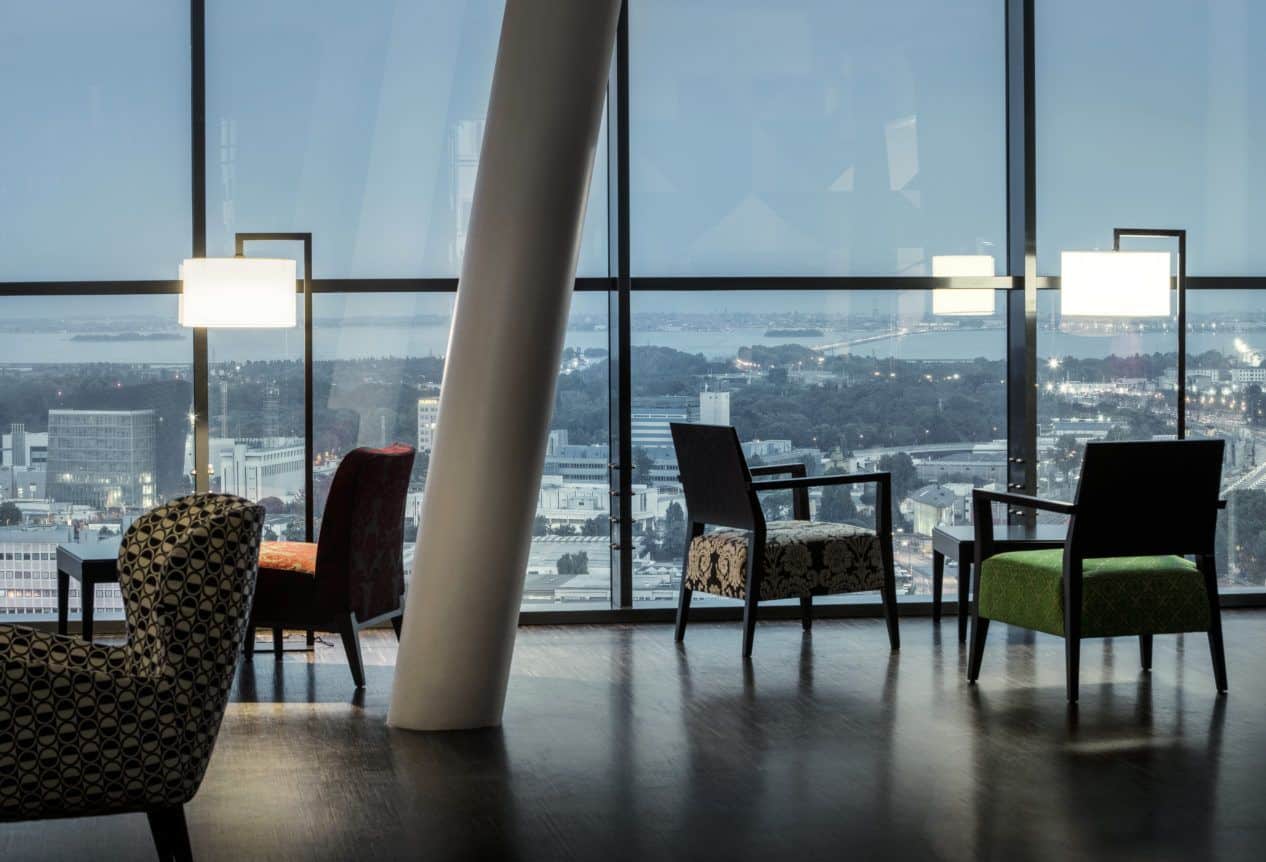 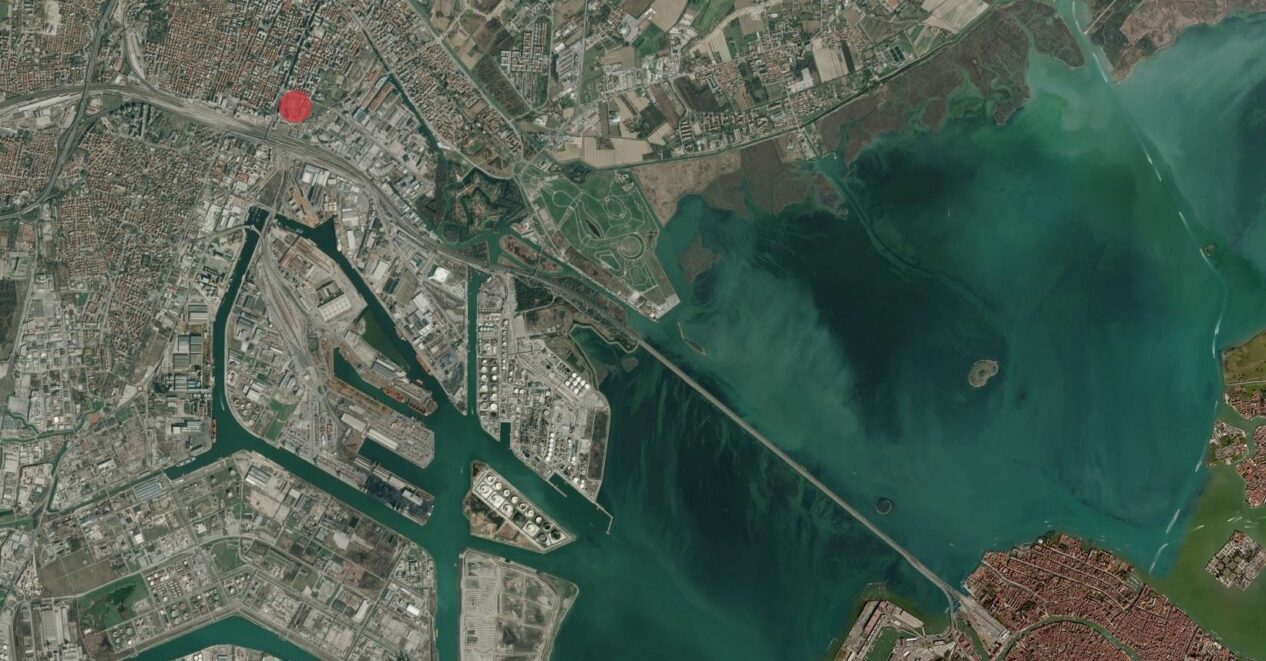 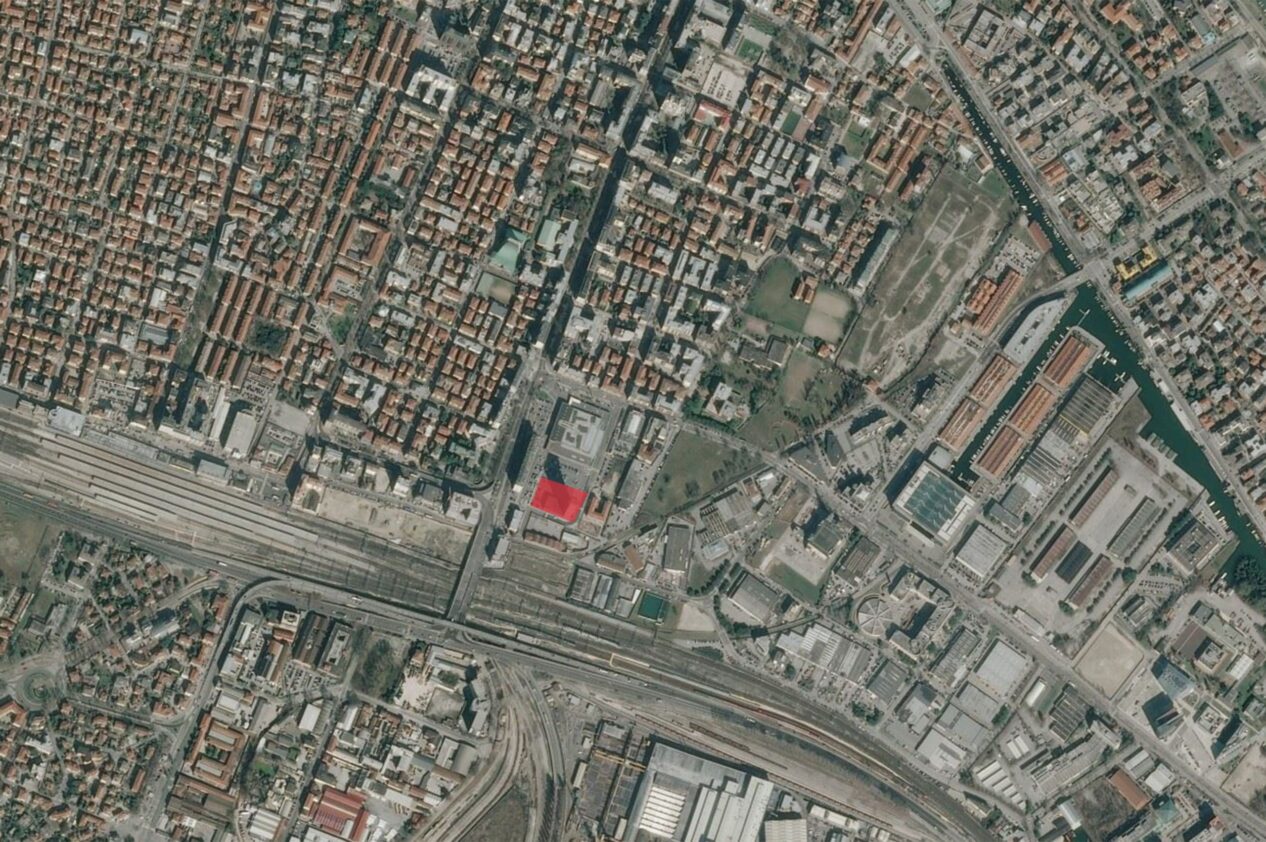 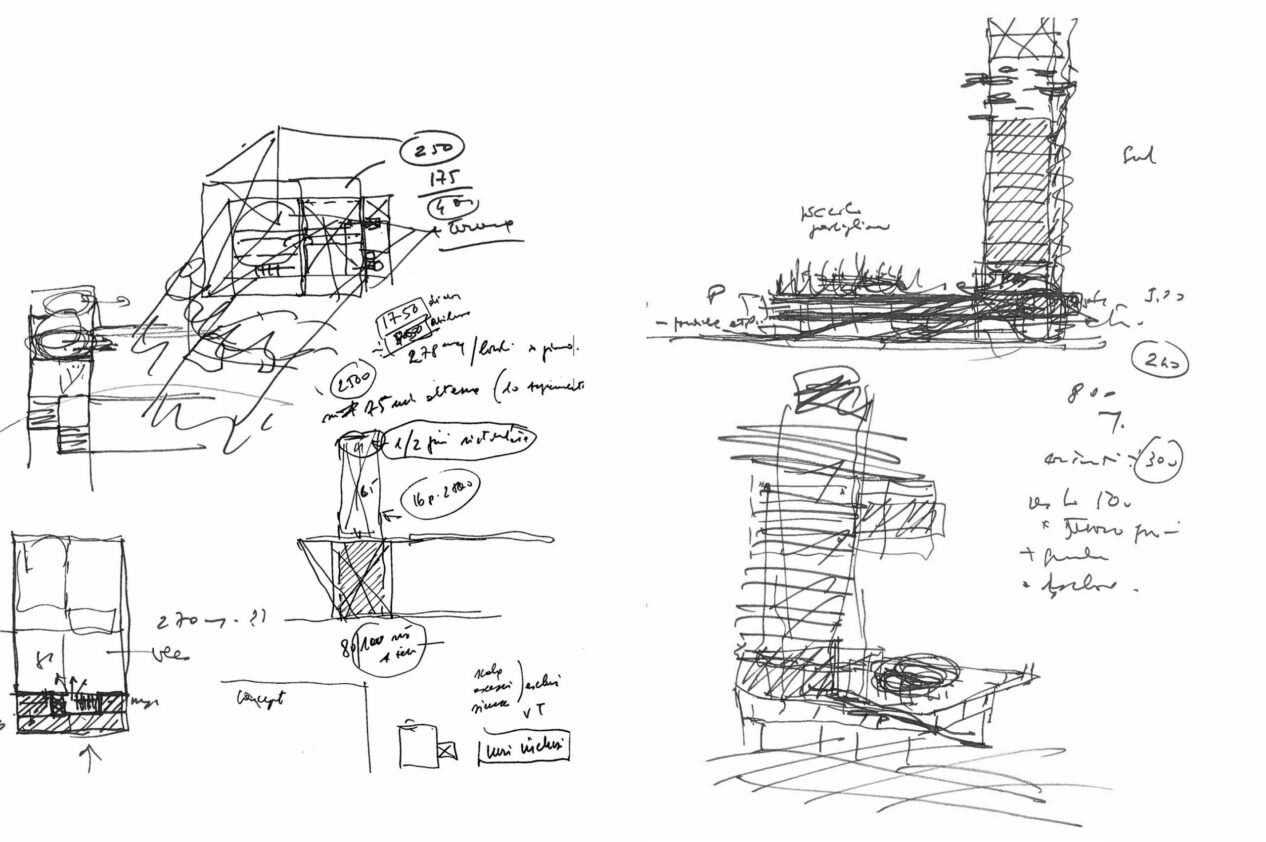 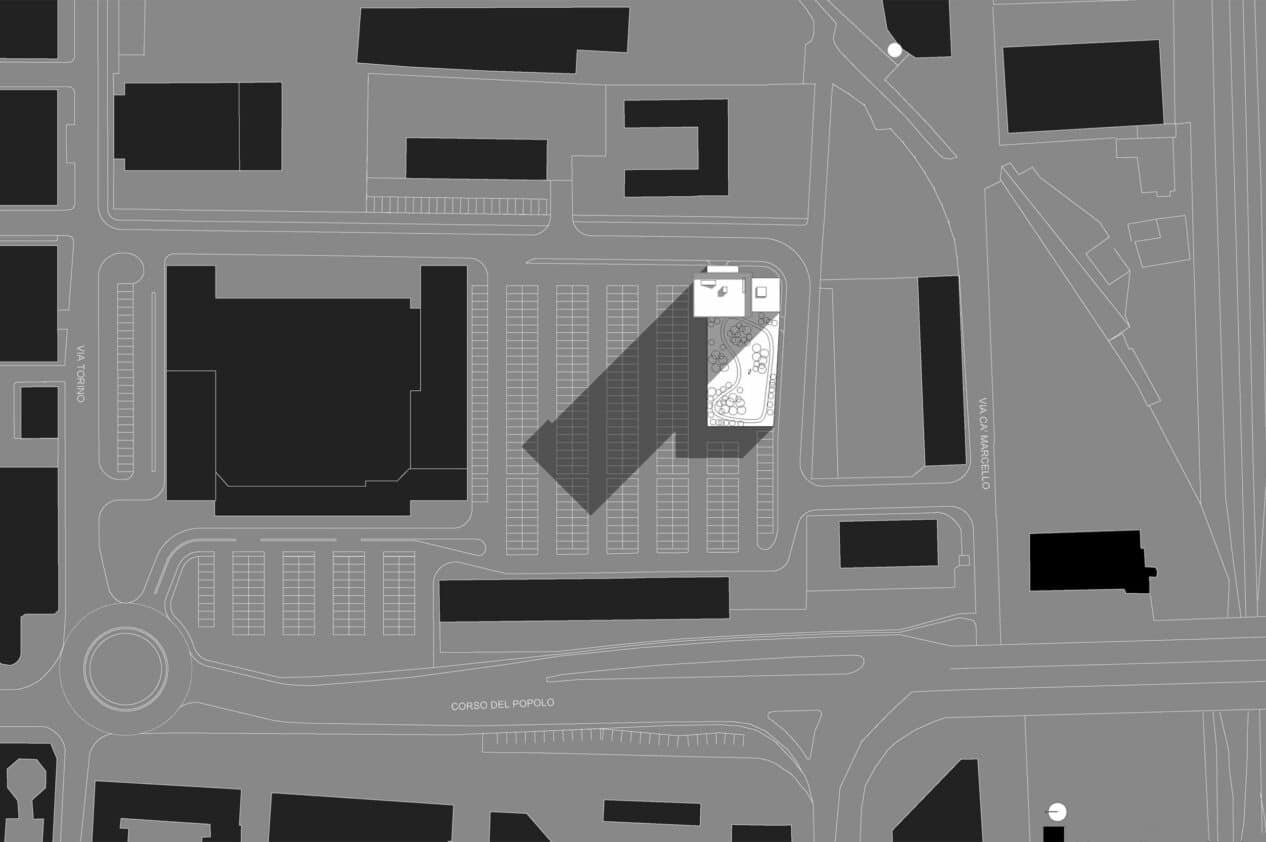 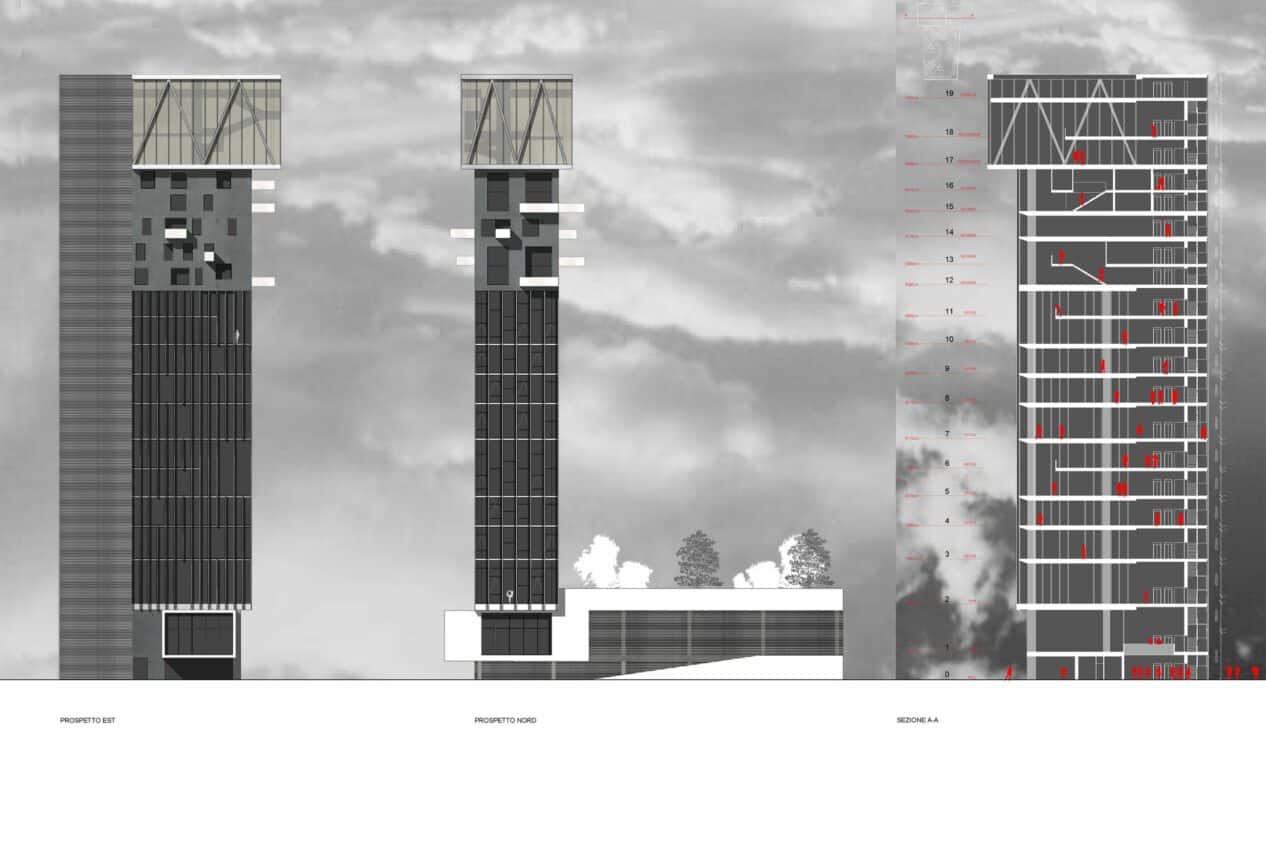 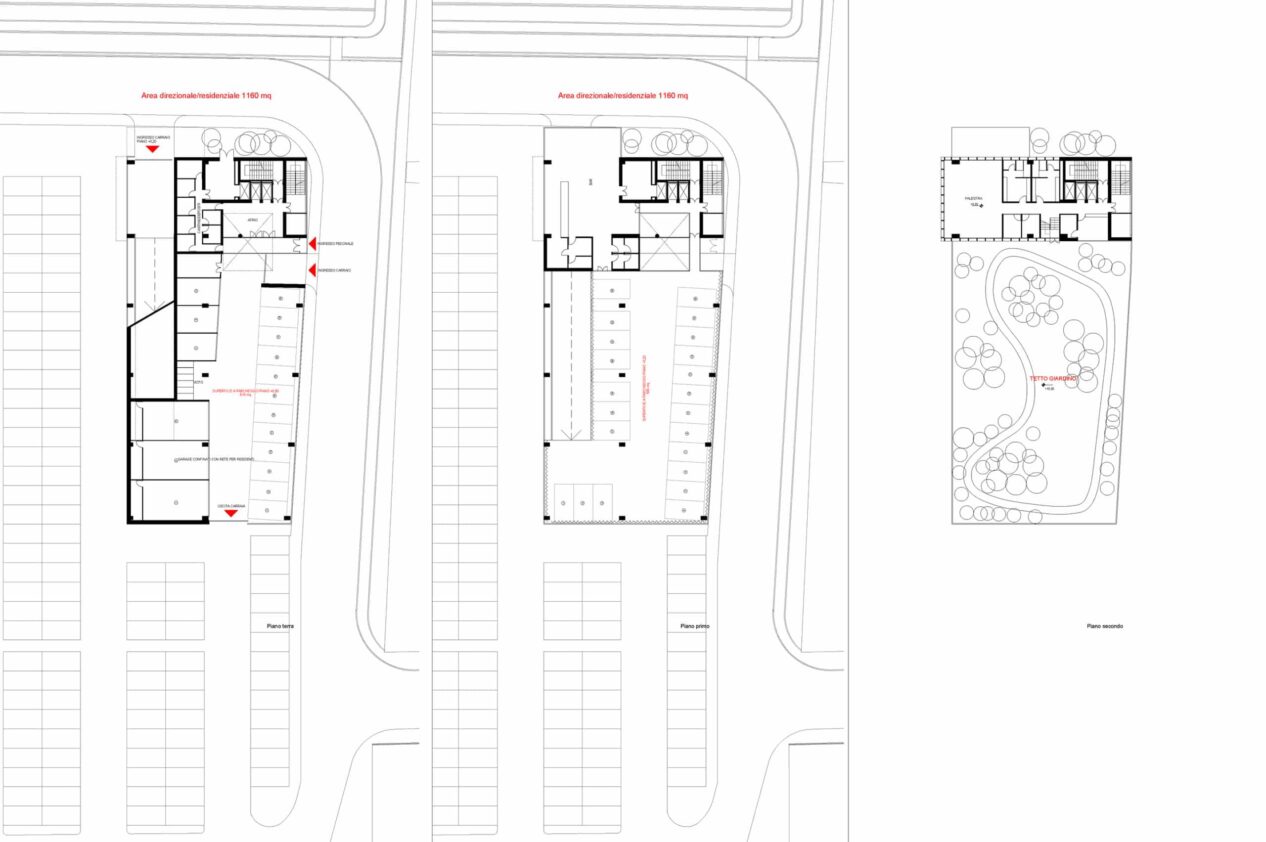 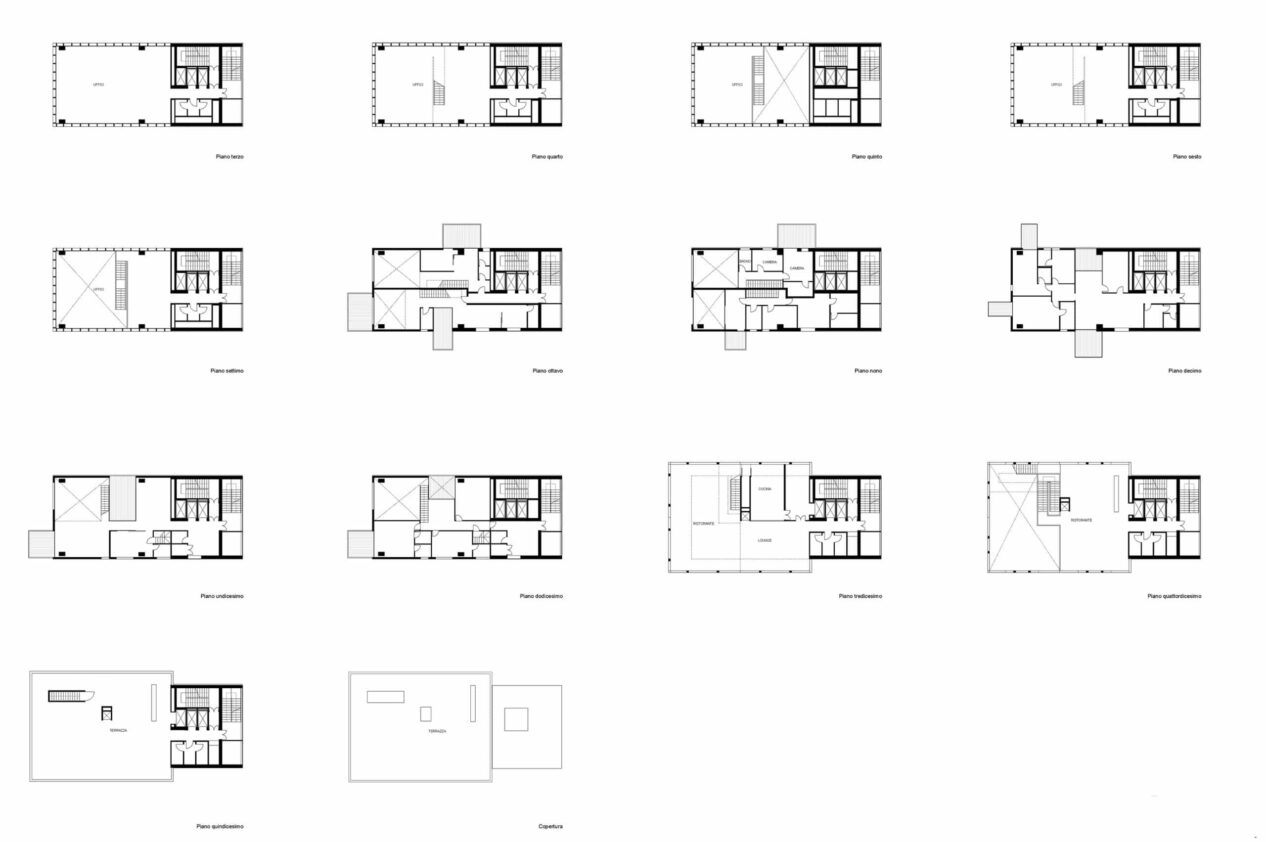