The new Thom Browne NY womenswear store in via Sant'Andrea in Milan introduces something different to the brand's retail aesthetic. 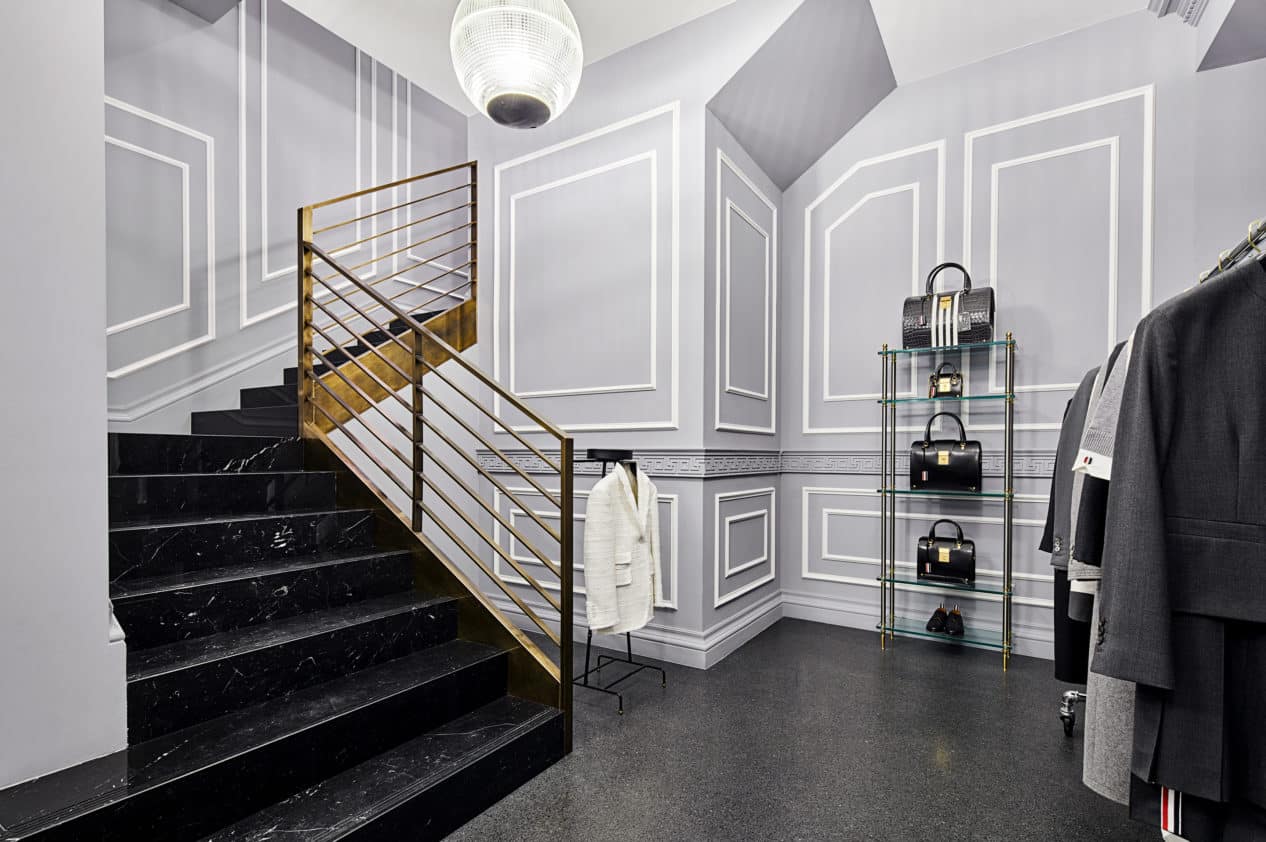 Following the opening in 2017 of the brand’s first standalone men’s boutique on Via Gesù in the middle of Milan, the brand has now opened a dedicated womenswear store in Via Sant’Andrea. Spanning an area of 1,700sq ft spread across two floors the new store is situated in one of the many historic buildings that line the iconic shopping thoroughfare. The retail space sees a renewed collaboration between Thom Browne NY and ASA Studio Albanese.  The brand’s signature mid-century modern office aesthetic has been combined with Georgian architecture, which have resulted in plastered grey walls with boiserie in contrasting white, terrazzo flooring, and windows with Venetian blinds. Furnished with a carefully sourced range of vintage Mid-century pieces by various designers, including George Nakashima, Paul McCobb and Pierre Jeanneret, the store also features 1950s streetlight fixtures from Paris. 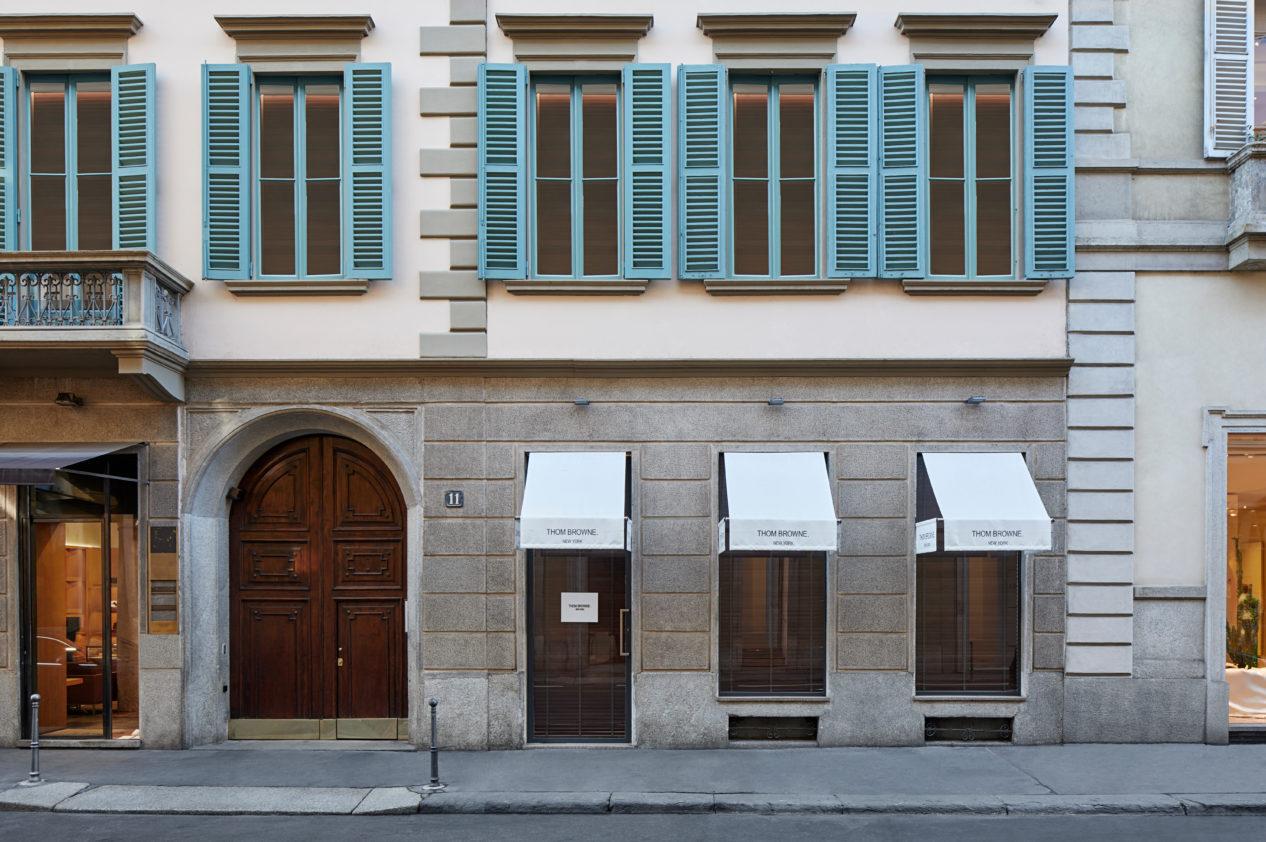