The new Thom Browne store in Hangzhou is inspired by the rigorous architectural rationalism of the 1930s-1950s. The store environments follow the symmetrical rigor of the American office room and the calibrated proportion between all the elements. Even the furnishings, both custom-made and original ones, are inspired by the design of that era. 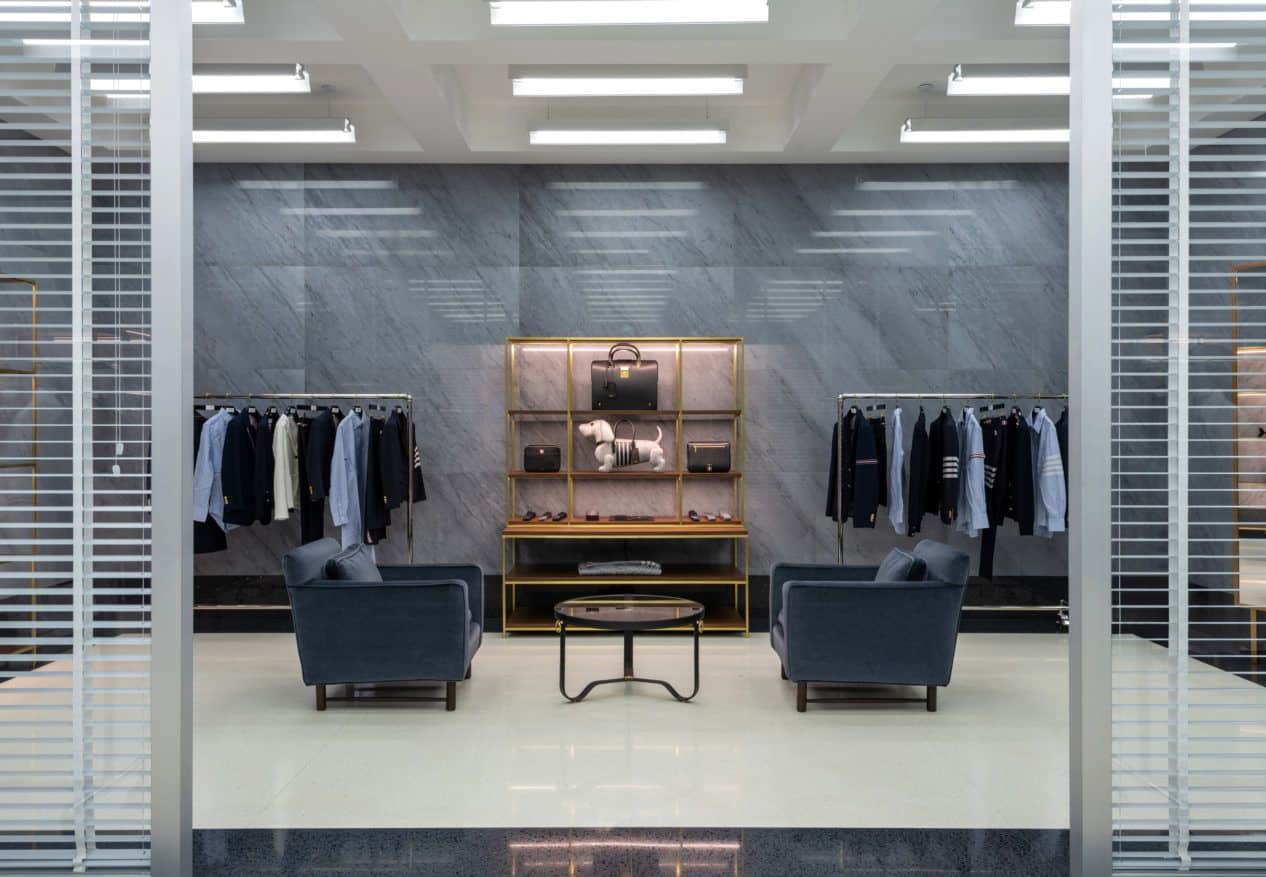 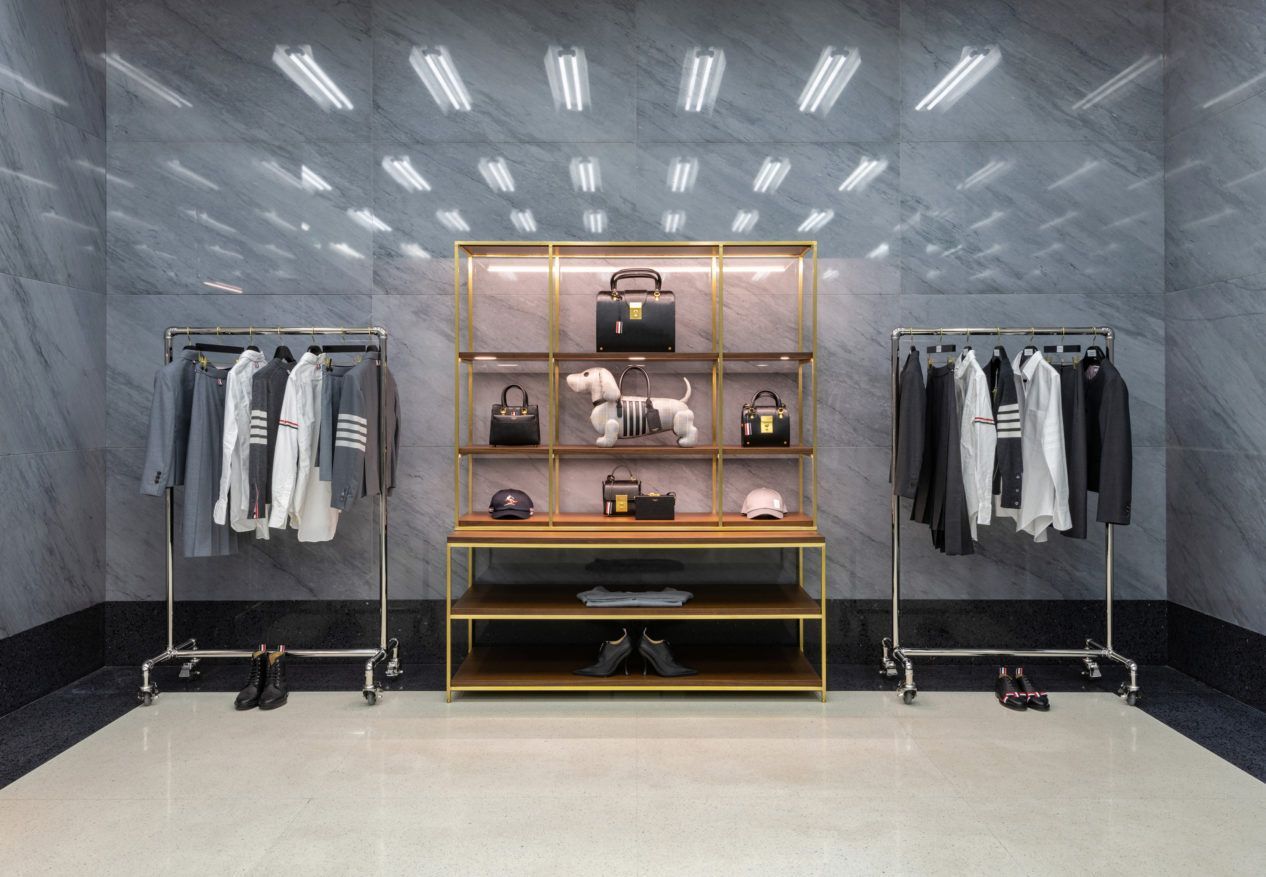