The project for the Rinascente department store in Palermo is the result of a project that is powerful and delicate at the same time.
Via Roma is the result of the 19th-century urban redesign of the capital of Sicily that significantly altered the densely populated old urban fabric across a large area, laying down a series of majestic new buildings dedicated to trade, with emporiums and shops. It is the memory of this serious divide that permeates the new architectural project for the Rinascente department store. 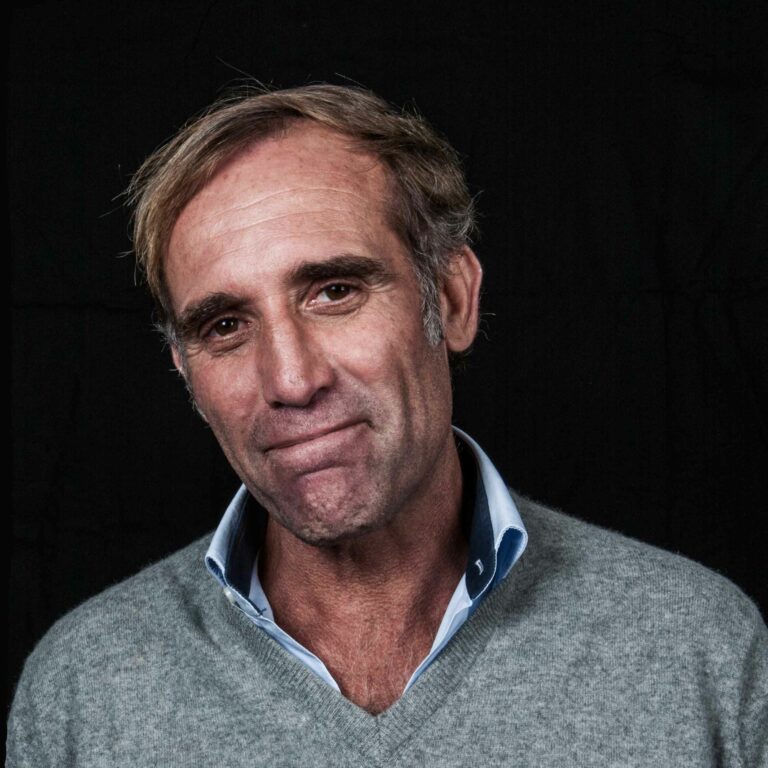 Onofrio joined ASA studio albanese in 2005 and specialises in 3D wood models. He works in close contact with architects particularly in the project concept phase, and his models play a decisive role in verifying solutions. Onofrio has always loved the sea and sailing. He goes back to his city of Palermo as often as he can to return to the primary elements (water, sun, wind) and look after his boat. 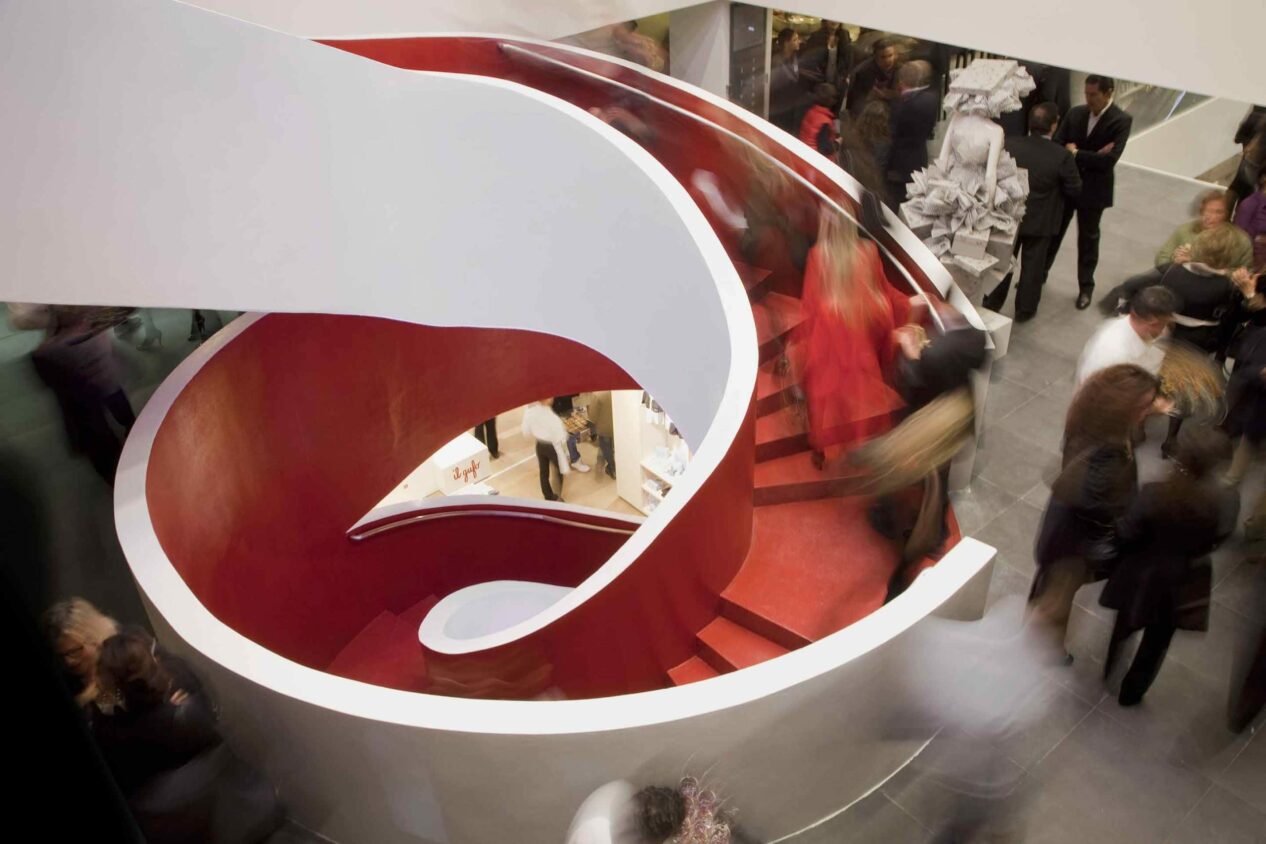 The new, anonymous and silent glass façade that incorporates a large UPIM department store built in the ’70s covers both the side on Viale Roma and the corner towards Piazza San Domenico, elegantly approaching the façade of Palazzo Montalbano that is miraculously still standing. Set back from the great 19th-century shopping street, the baroque church of San Domenico and a series of minute residential buildings complement the beautiful square with a baroque construction in the centre with statues of angels in stone, two popes in bronze and a giant column with a statue of the Madonna Immacolata on top. The surviving façade of Palazzo Montalbano has undergone meticulous restoration work, keeping the historical-stylistic correlation with the contemporary Church of San Domenico visible. The façade of the former Upim store has had a facelift with a translucent skin placed on top that hints at the building underneath, like a sort of light veil covering its memory. This “glacial skin” is a superficial architectural sign through which the old can still be seen, it joins forces with the contemporary and becomes an element of it. At night the building is transformed into a shining, opalescent lantern. Having maintained part of the load-bearing structure, the spaces were radically reorganised and a system of escalators was put in place, creating a new functional organism, better suited to a large contemporary department store. On the top floors, on the other hand, once the escalator system comes to an end, the Rinascente looks out over the city again via a complex system of windows, skylights, spectacular staircases and large terraces that communicate with the historic city, with a view stretching out as far as the port and the sea of the gulf of Palermo. 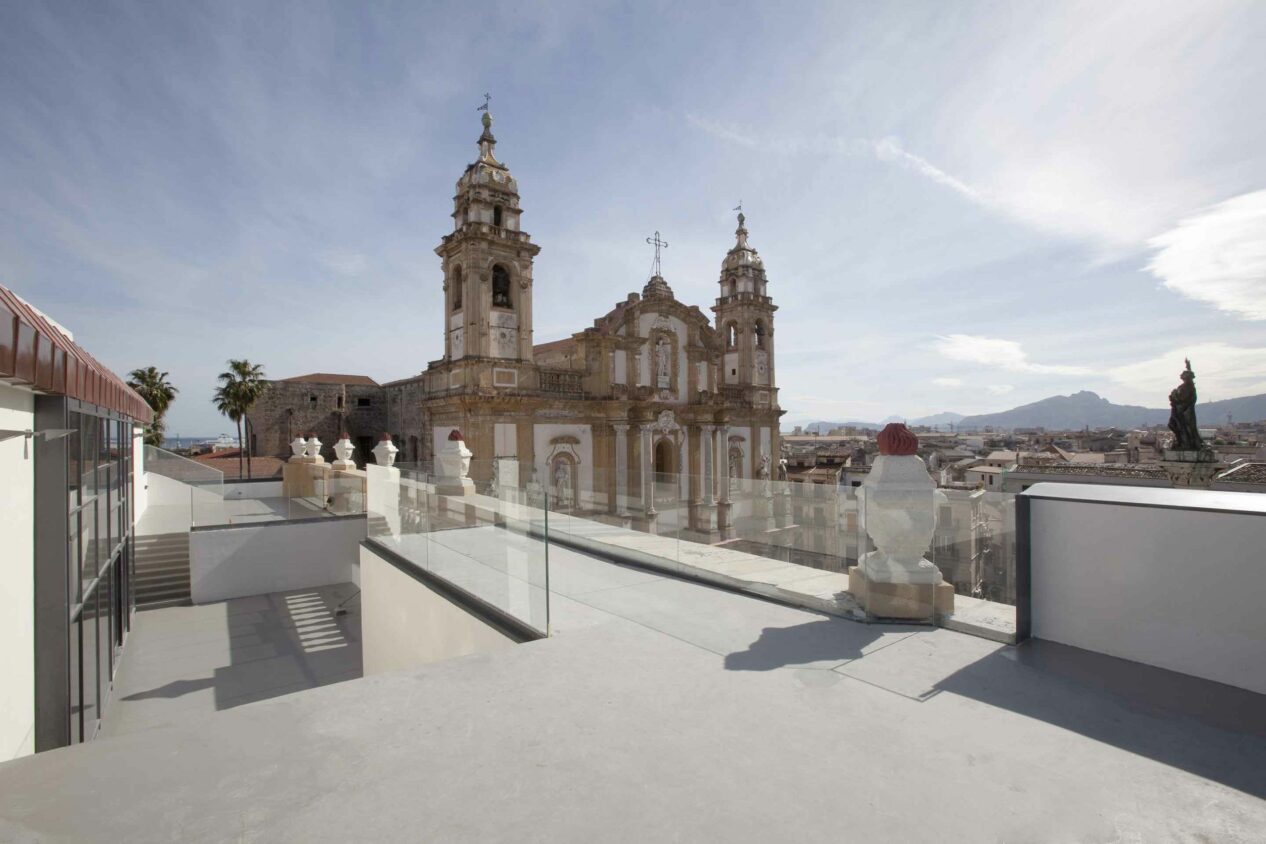 The locantion of the old mall, between via Roma and San Domenico square, in the downtown of Palermo 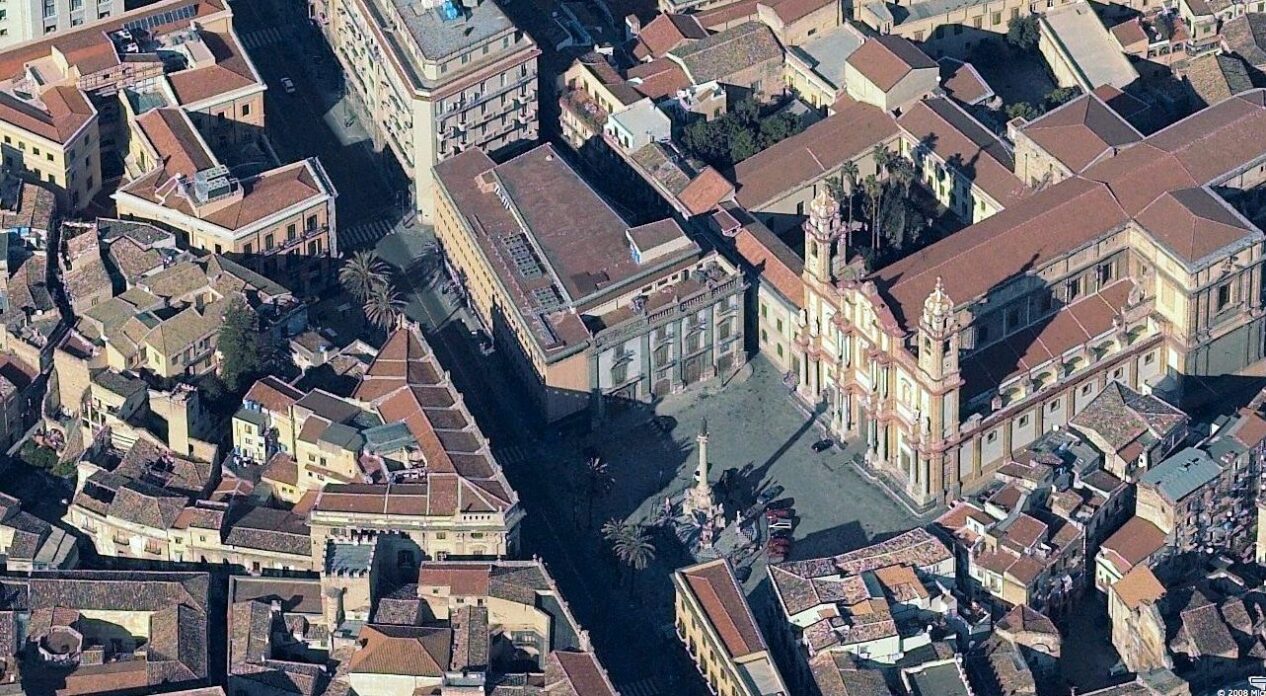 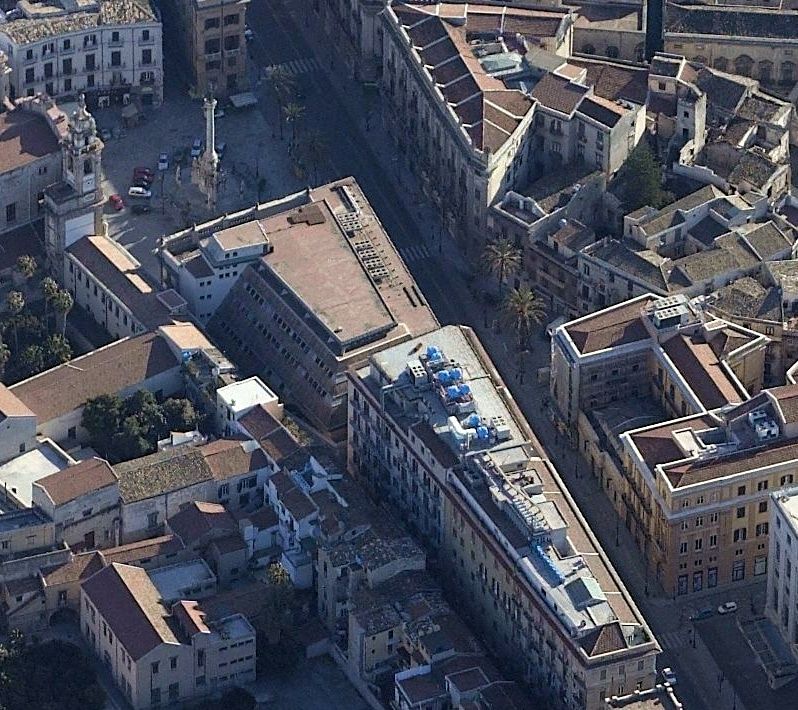 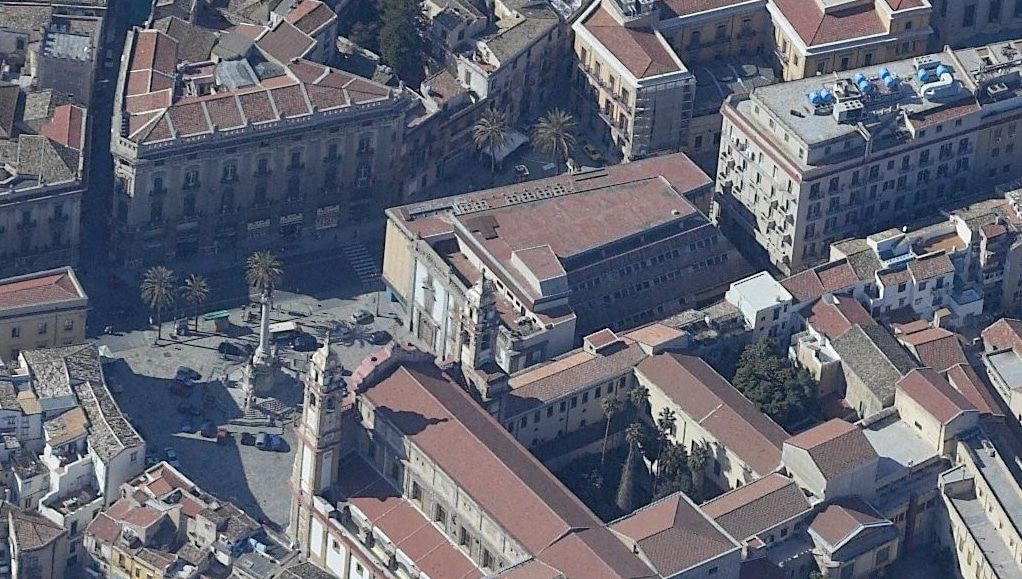 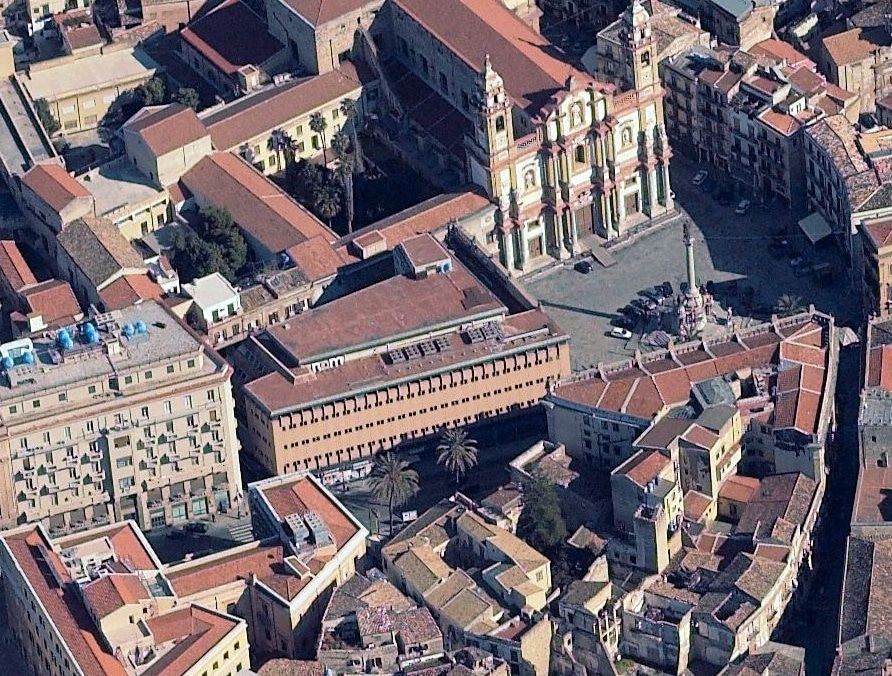 Drawings of the project 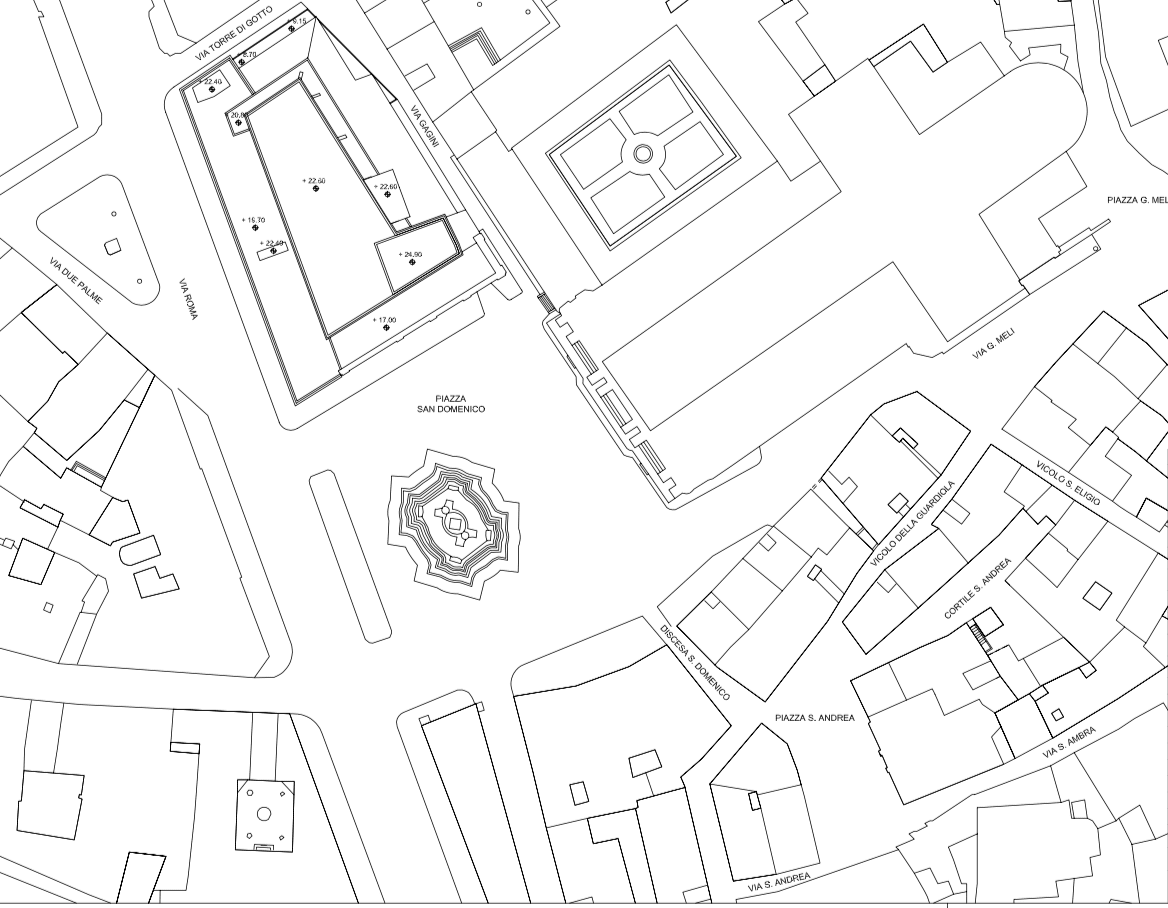 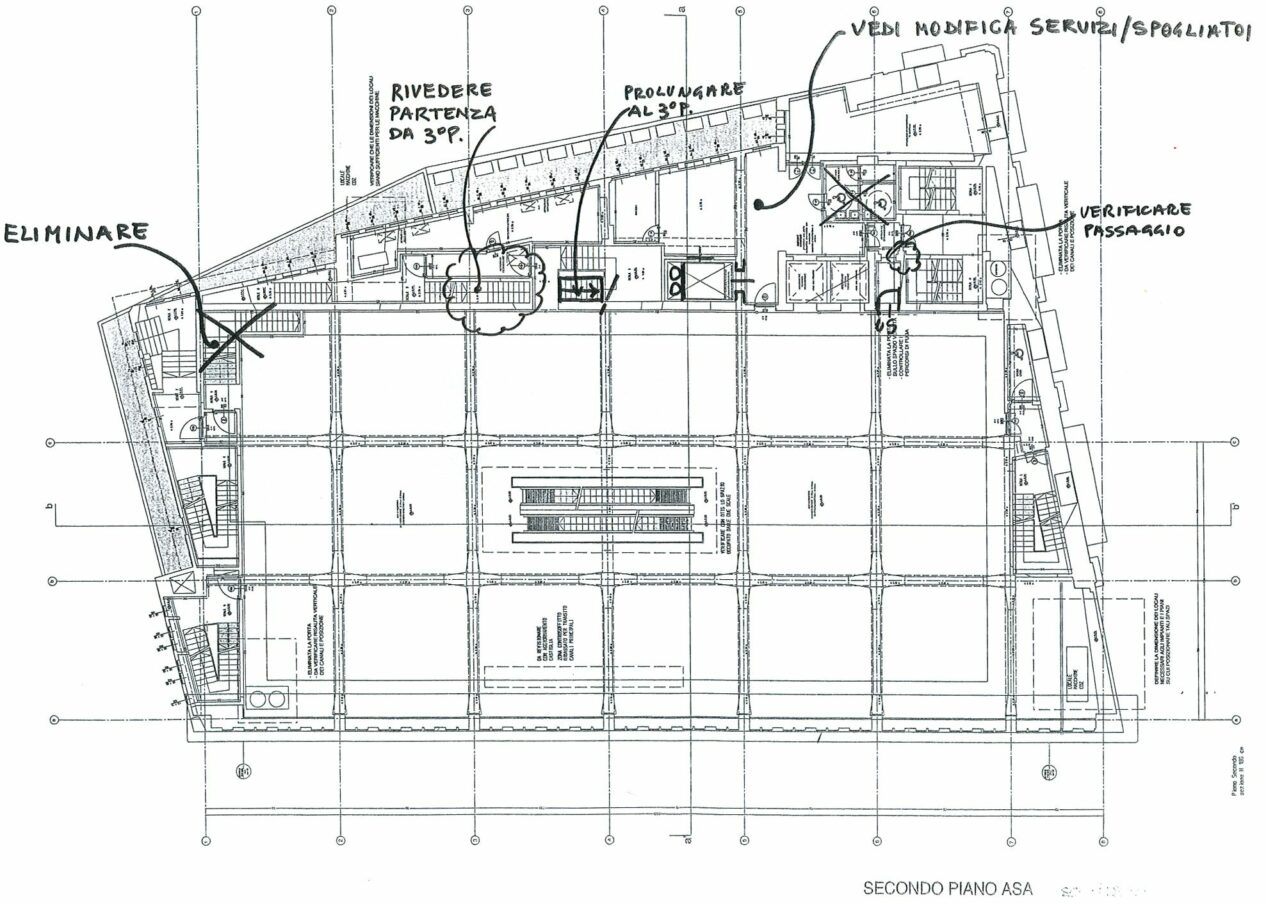 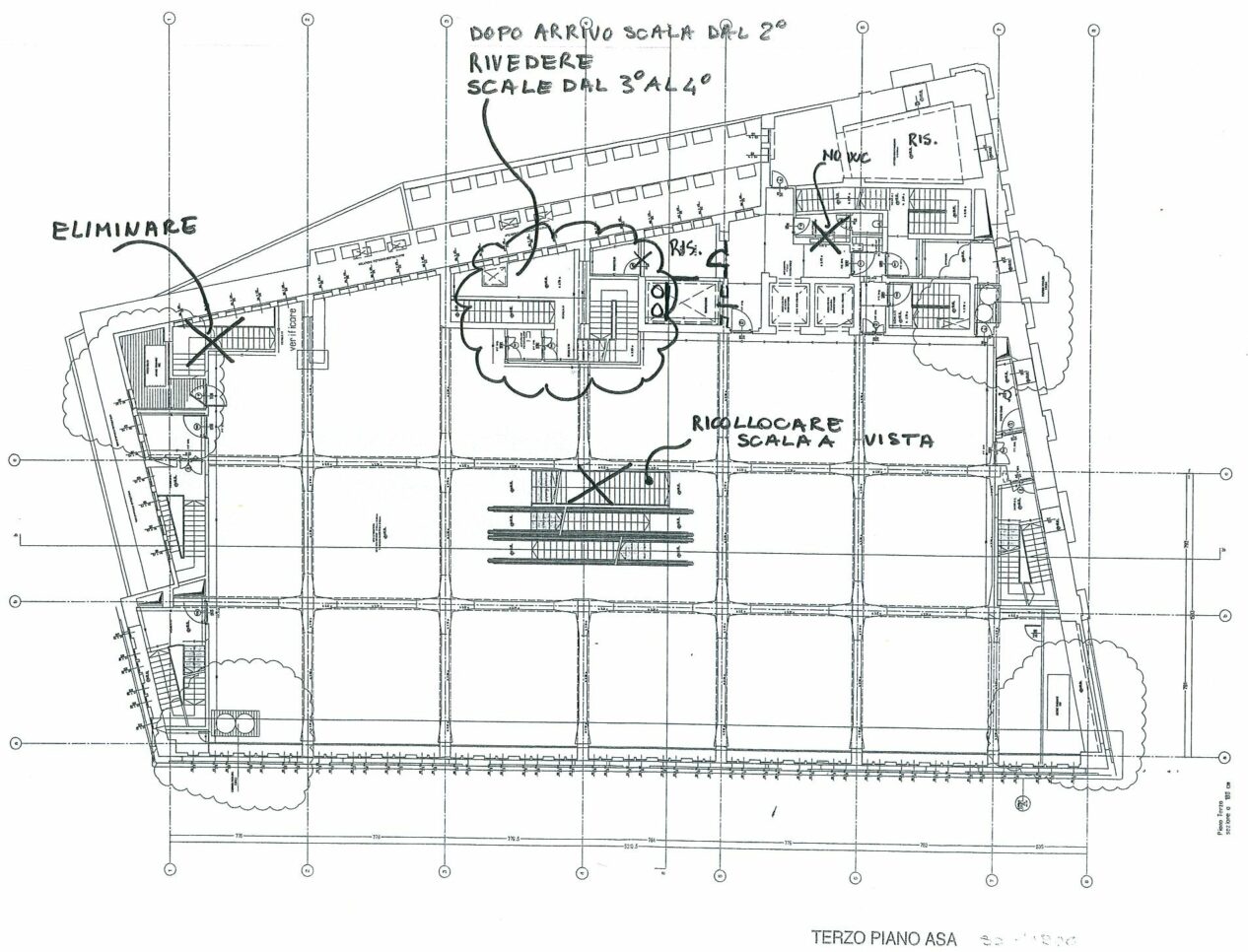 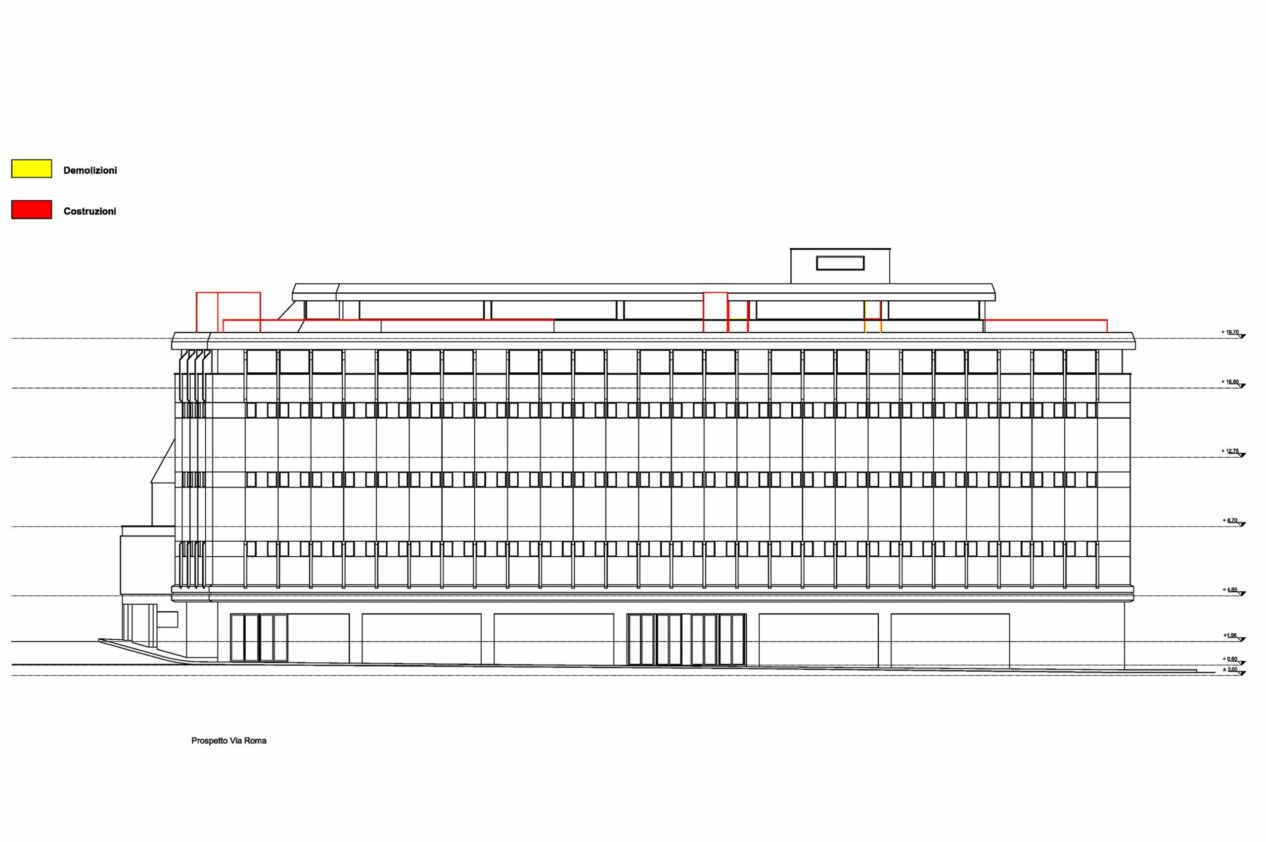 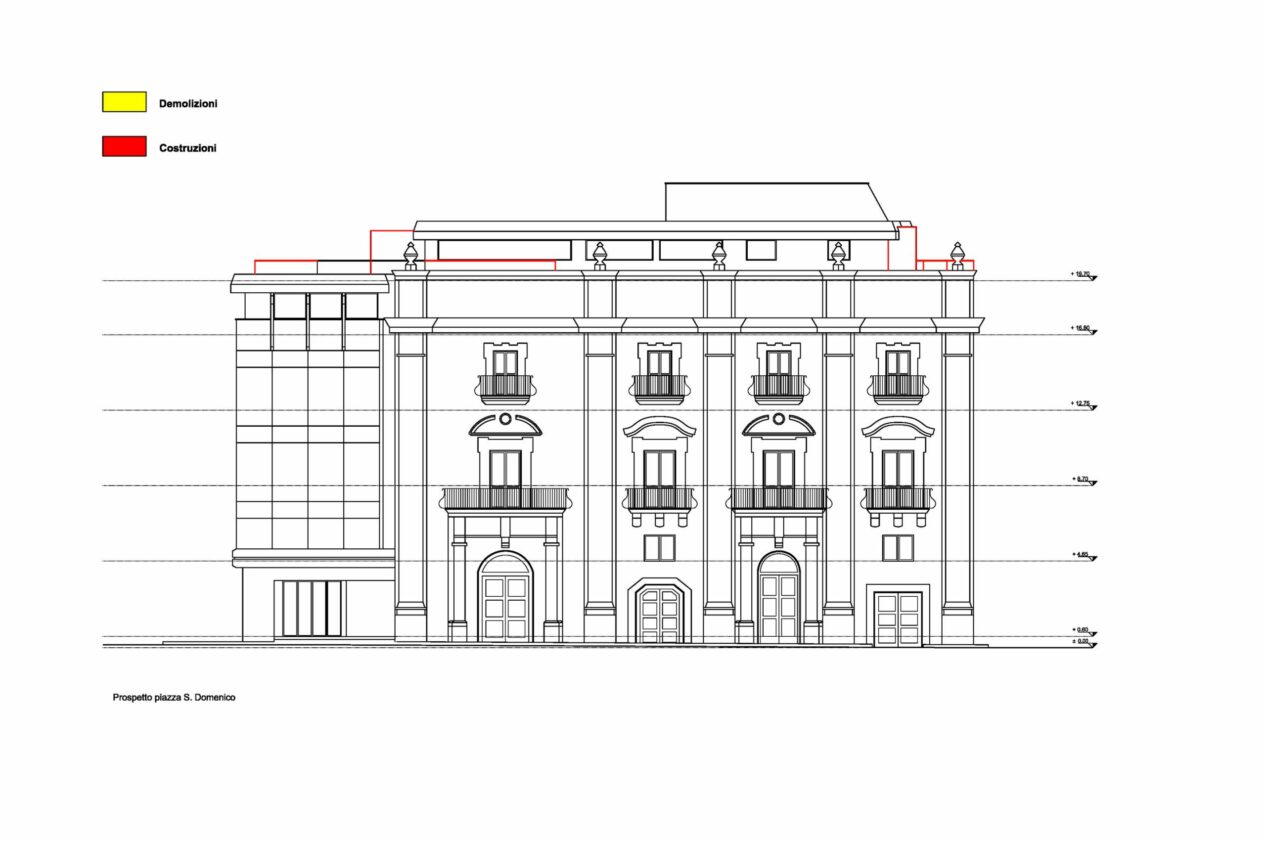 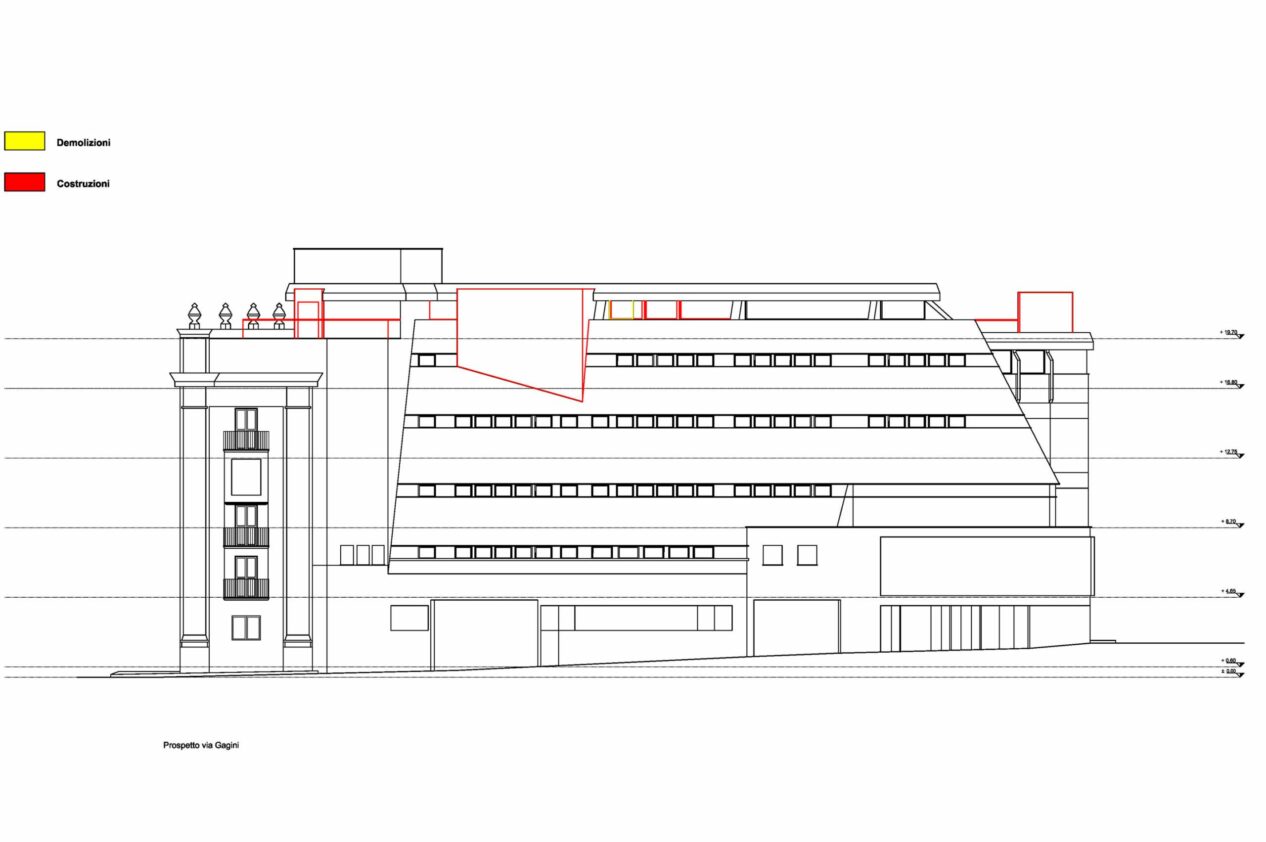 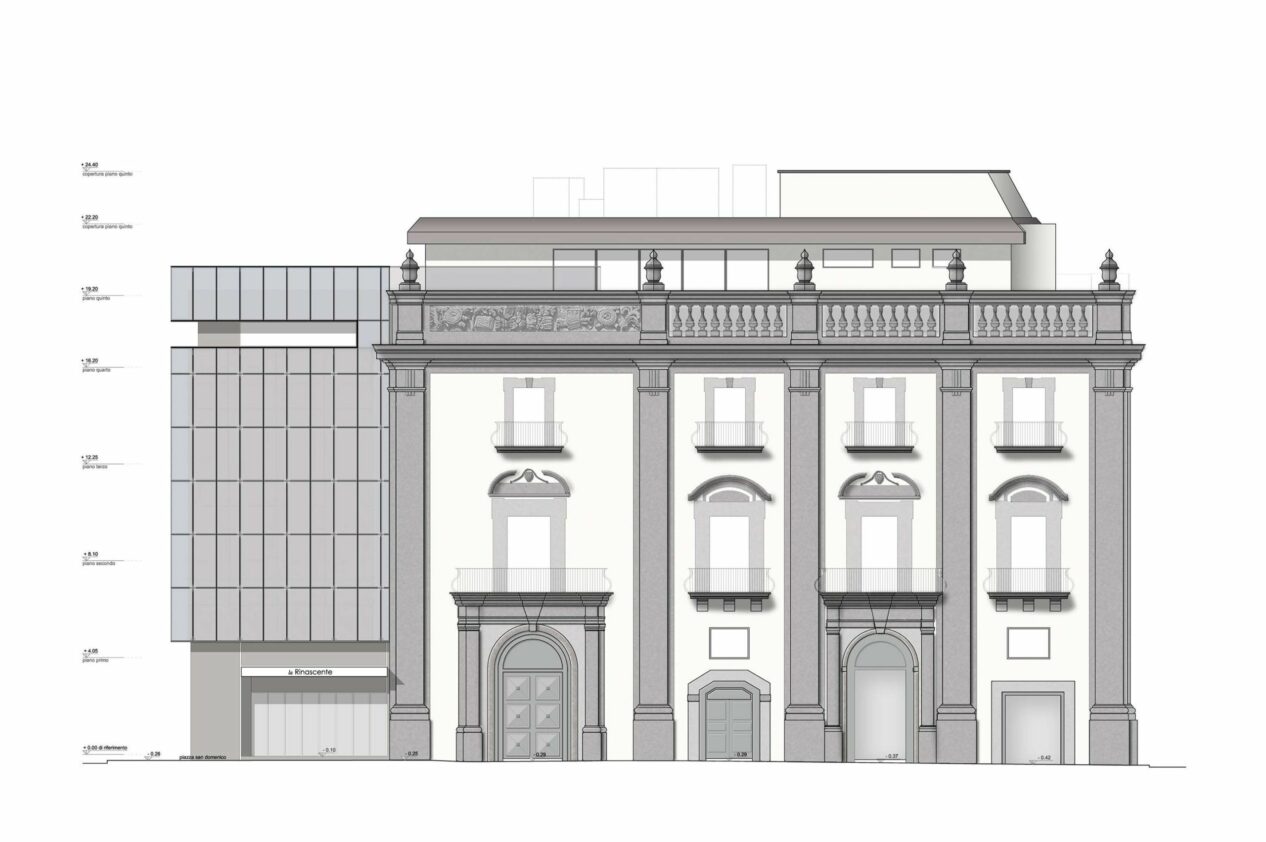 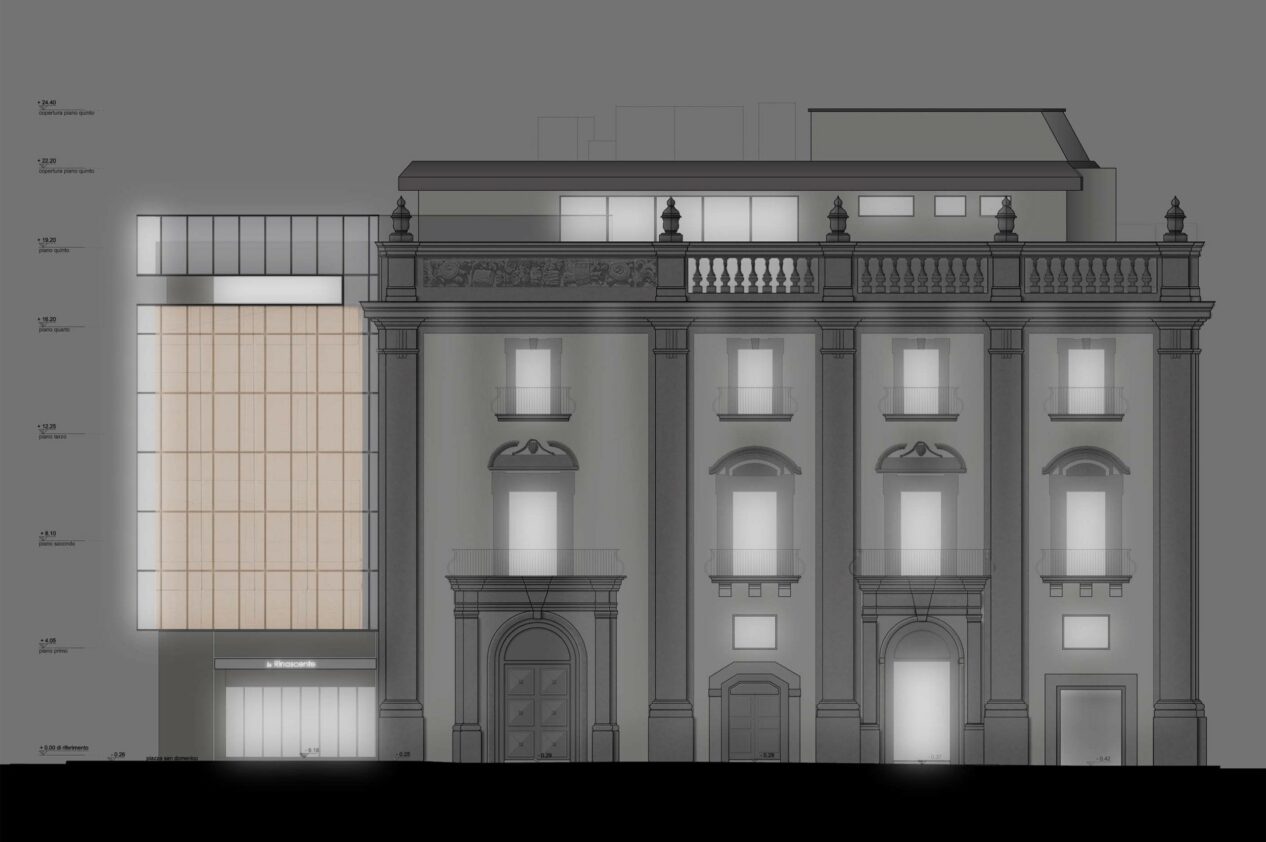 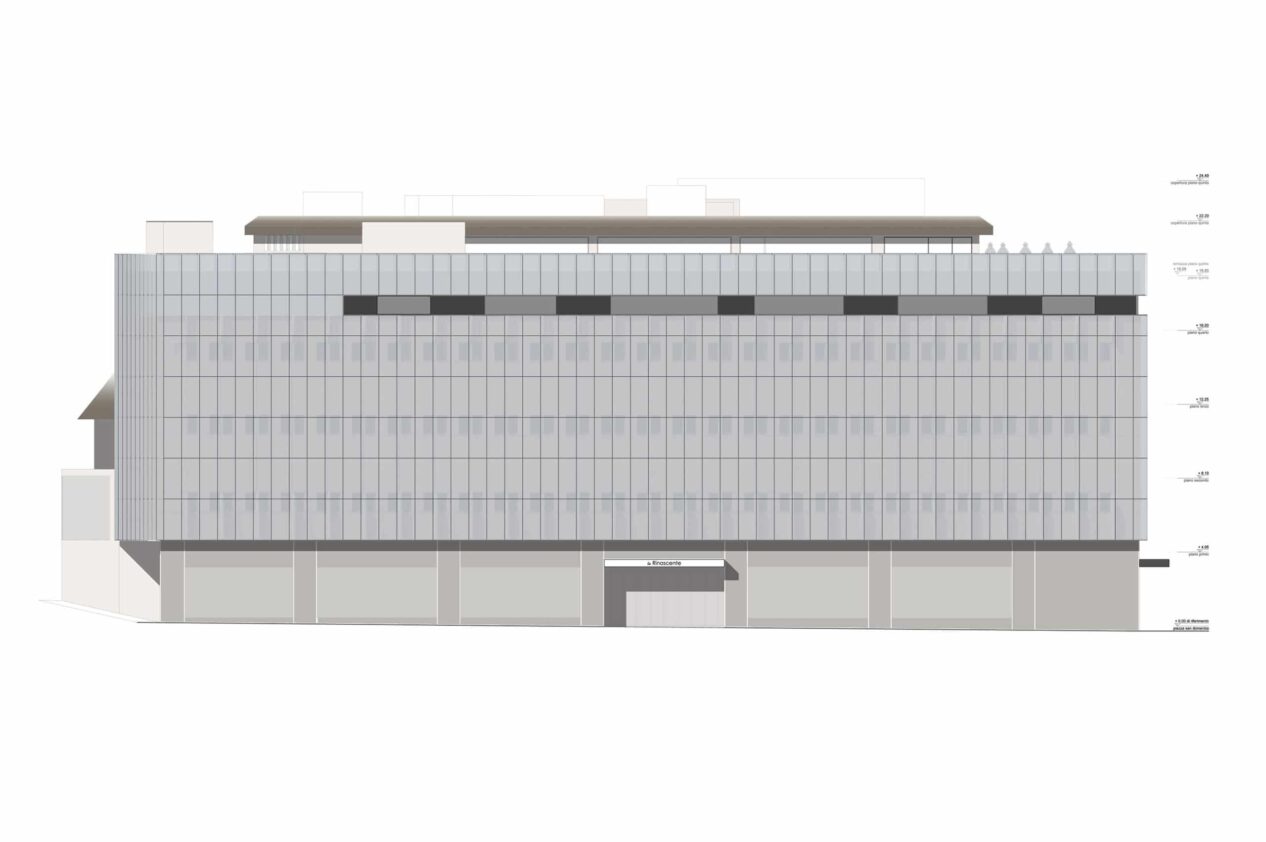 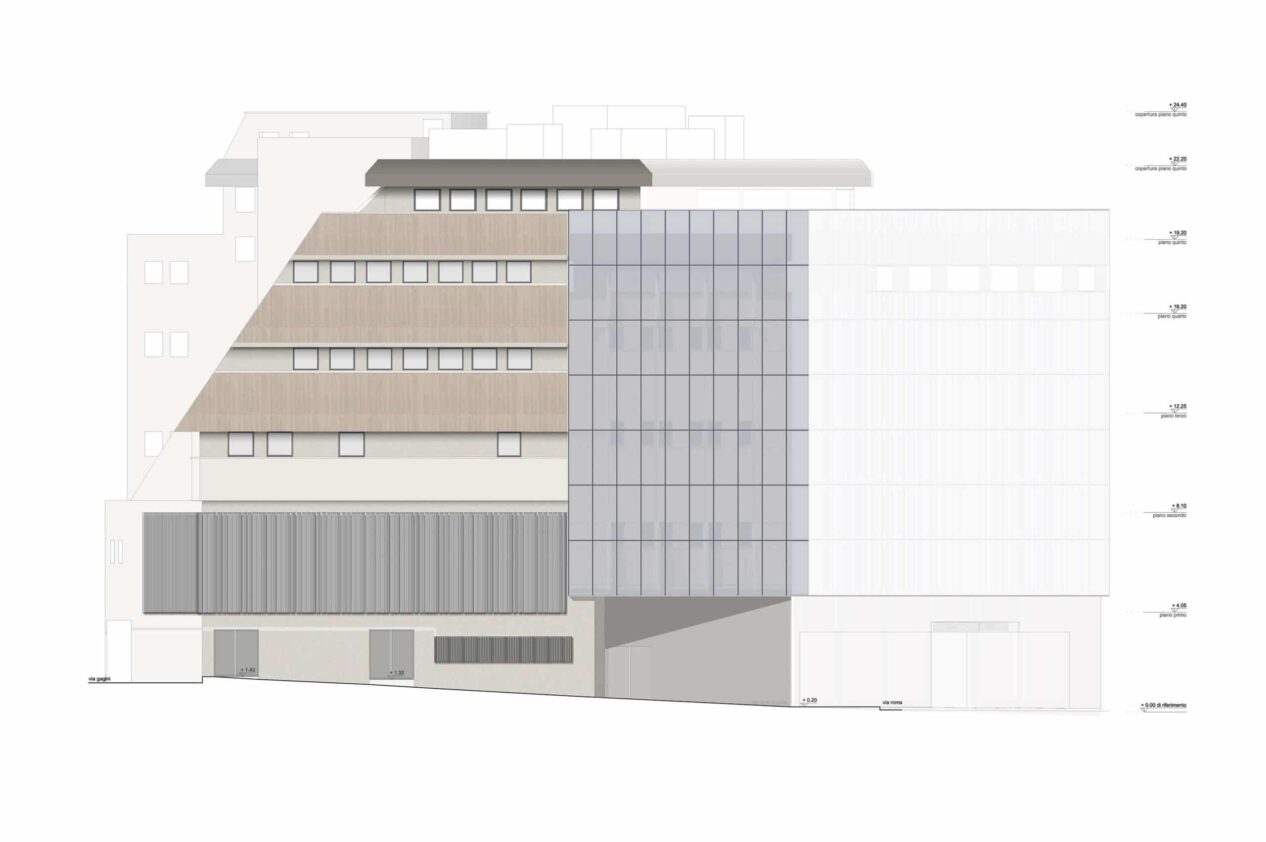 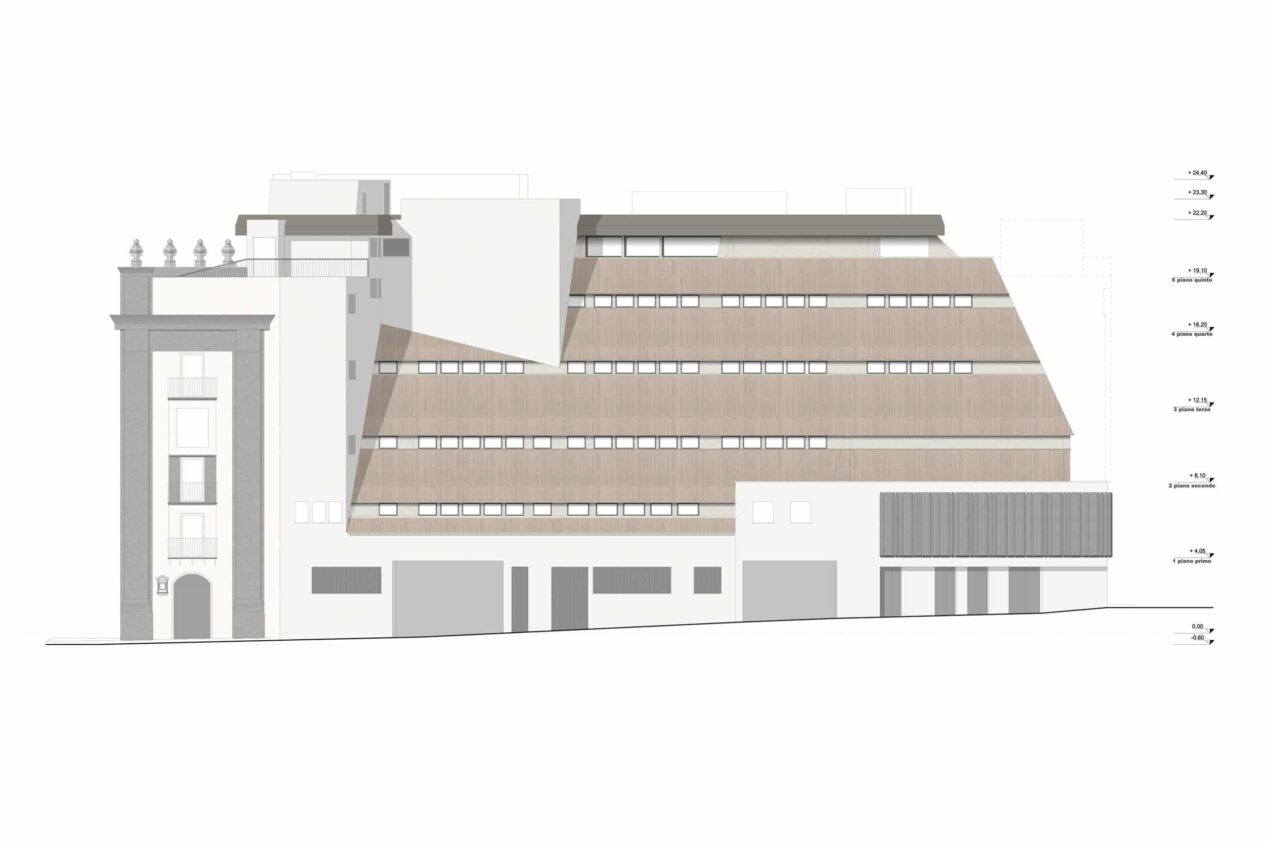 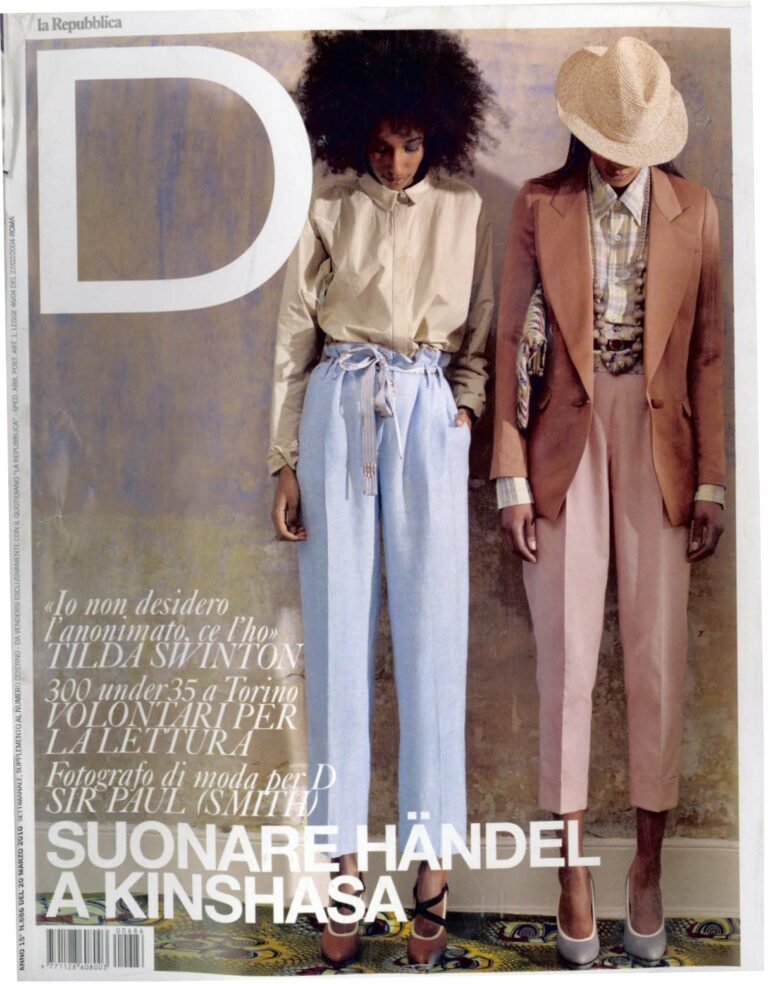 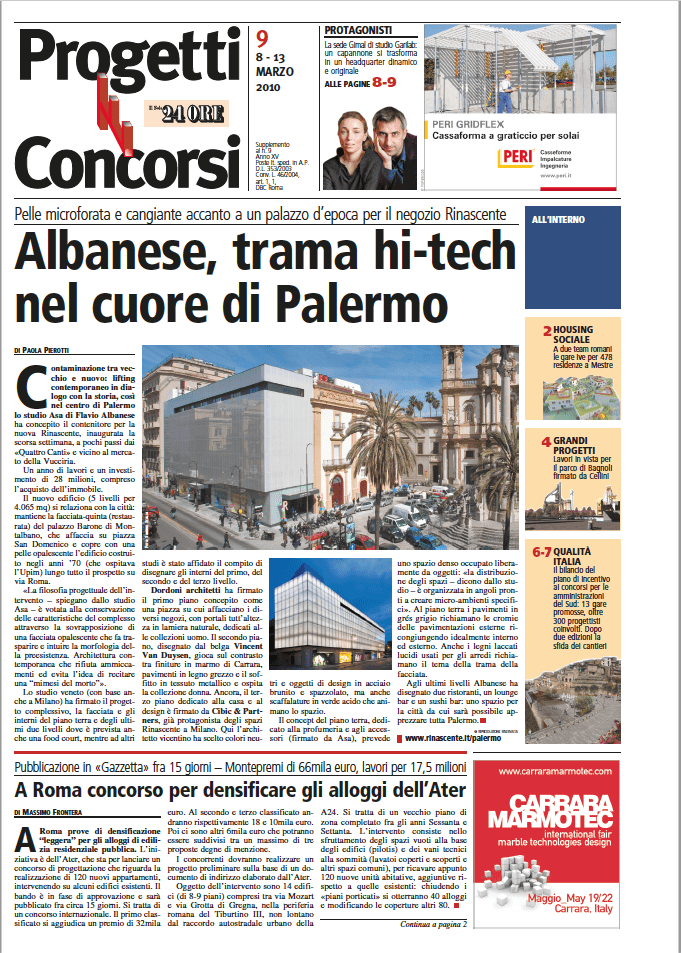 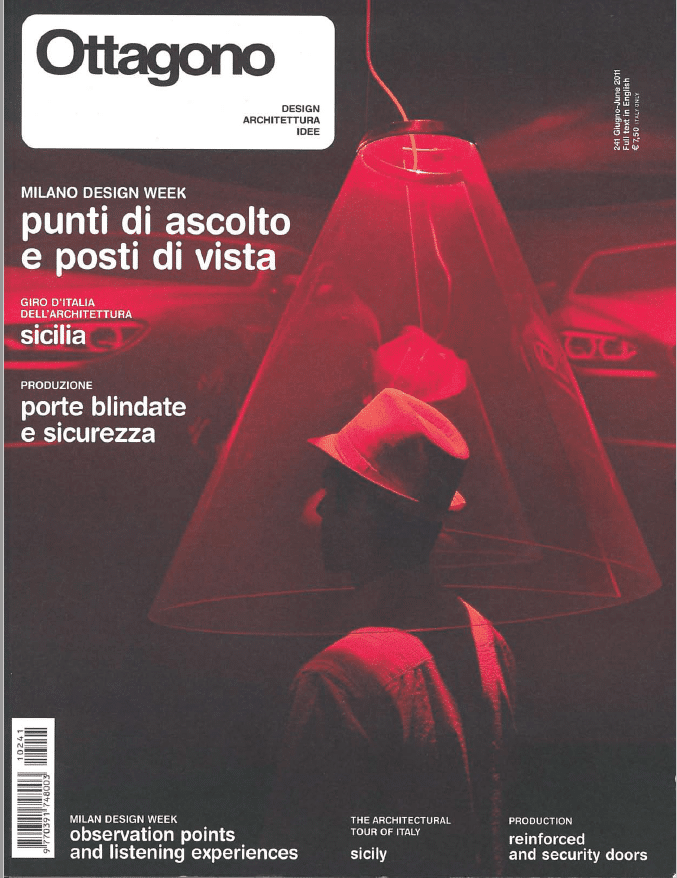 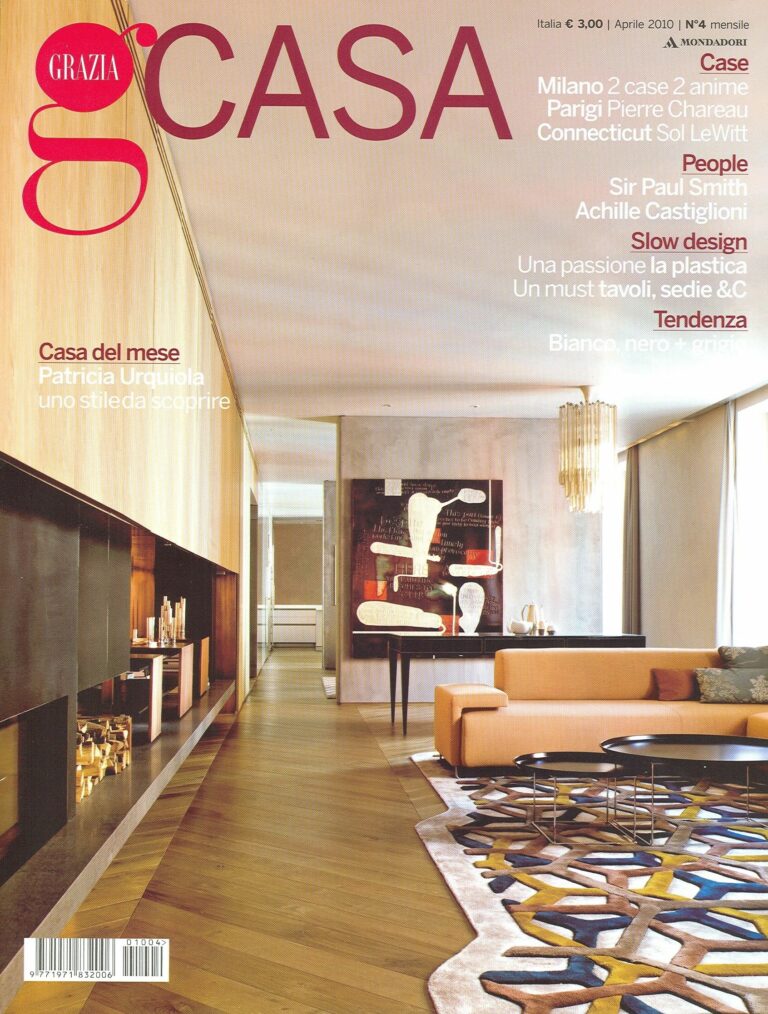