SINV Terminal is a fashion showroom that is the result of a project to convert and re-naturalise a typical industrial building from the early 20th century. 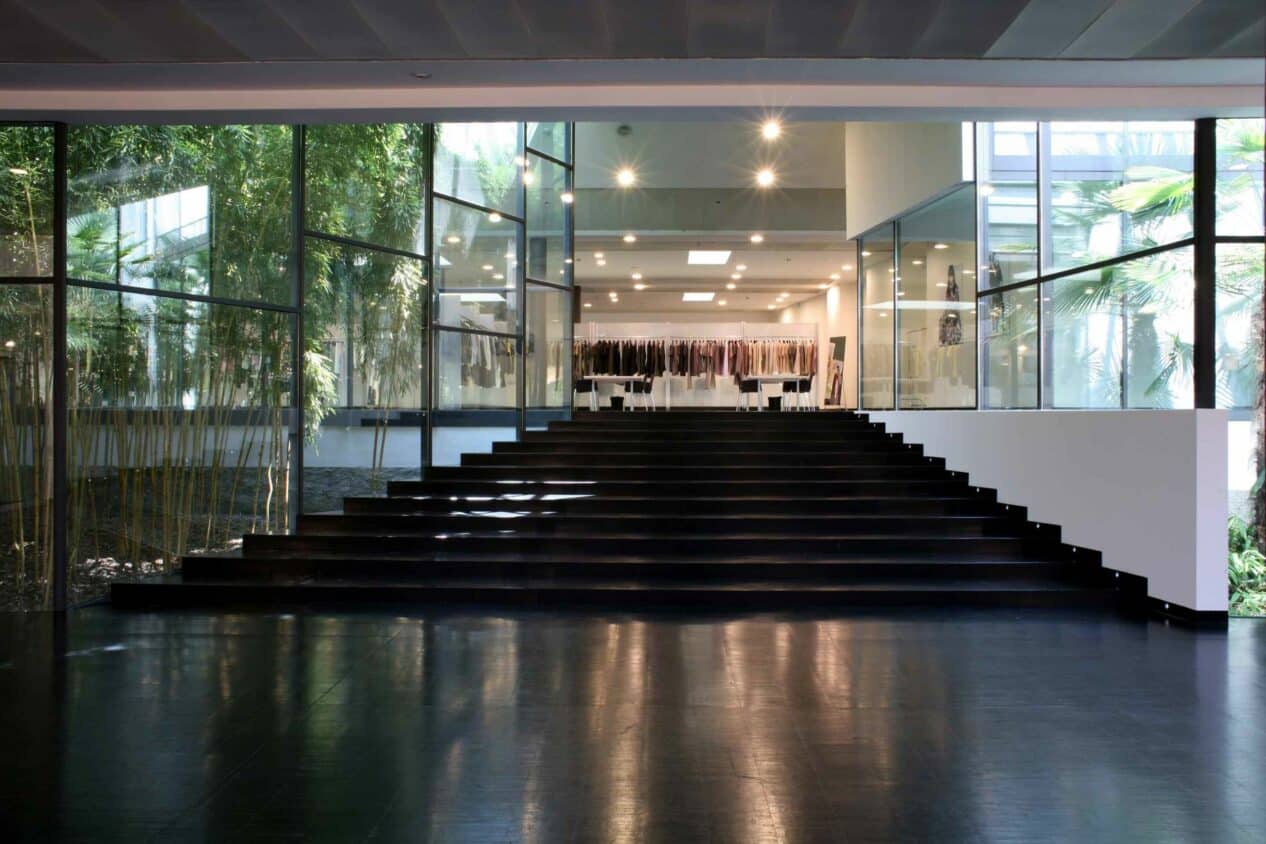 Located in the Via Morimondo 17 area, along the Navigli canals, and previously occupied by an early 20th century industrial plant, Sinv Terminal is a particularly complex post-industrial retrofit project, due to the intersection and coexistence of two different operational plans: rapid regeneration strategies and the principle of re-naturalisation.
The Sinv Terminal project was split into two phases, with different perspectives and procedures.
In the first step, the old shed pavilions that would house the Sinv group display areas, offices and press centre were restored and redefined with light as the theme, based on the relationship between manufacturing and nature. This concept was further enhanced by a large conservatory with inverted microclimates, by plant tubs, and by large windows through which plenty of daylight streams into the interiors. Step 2 was the perfect complement to the first phase: the initial 5,000 m2 were joined by more than 5,000 m2 in the second building, connected with the first by an organic greenhouse membrane. This second phase involved restoring and refitting the existing single-level industrial buildings with their typical cast iron pillars, as well as a contemporary multilevel structure in concrete, iron and glass. Inside this second block is a large, double-height hybrid space that is also a sound stage, a fashion show space with a suspended gangway for photographers, together with an upper floor with kitchens and facilities looking out over a large terrace for outdoor events that affords a sweeping view across the city. 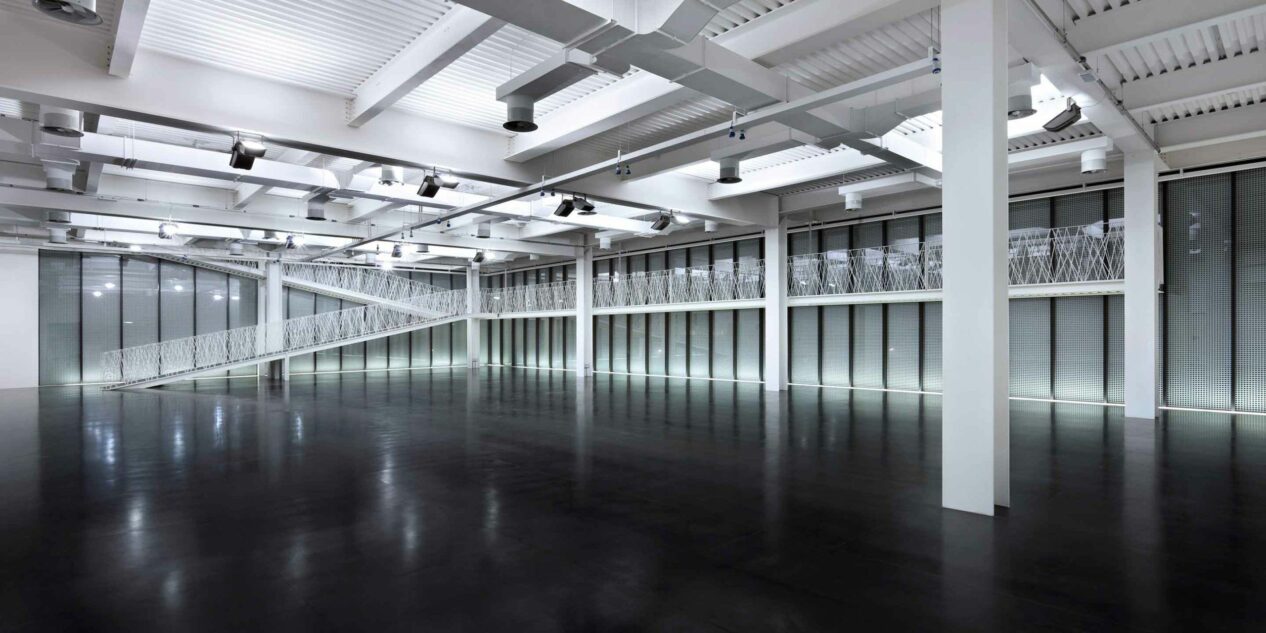