An anchored villa, with its pool shaped like a ship, on the first slopes of the Berici hills overlooking the panorama of Vicenza. 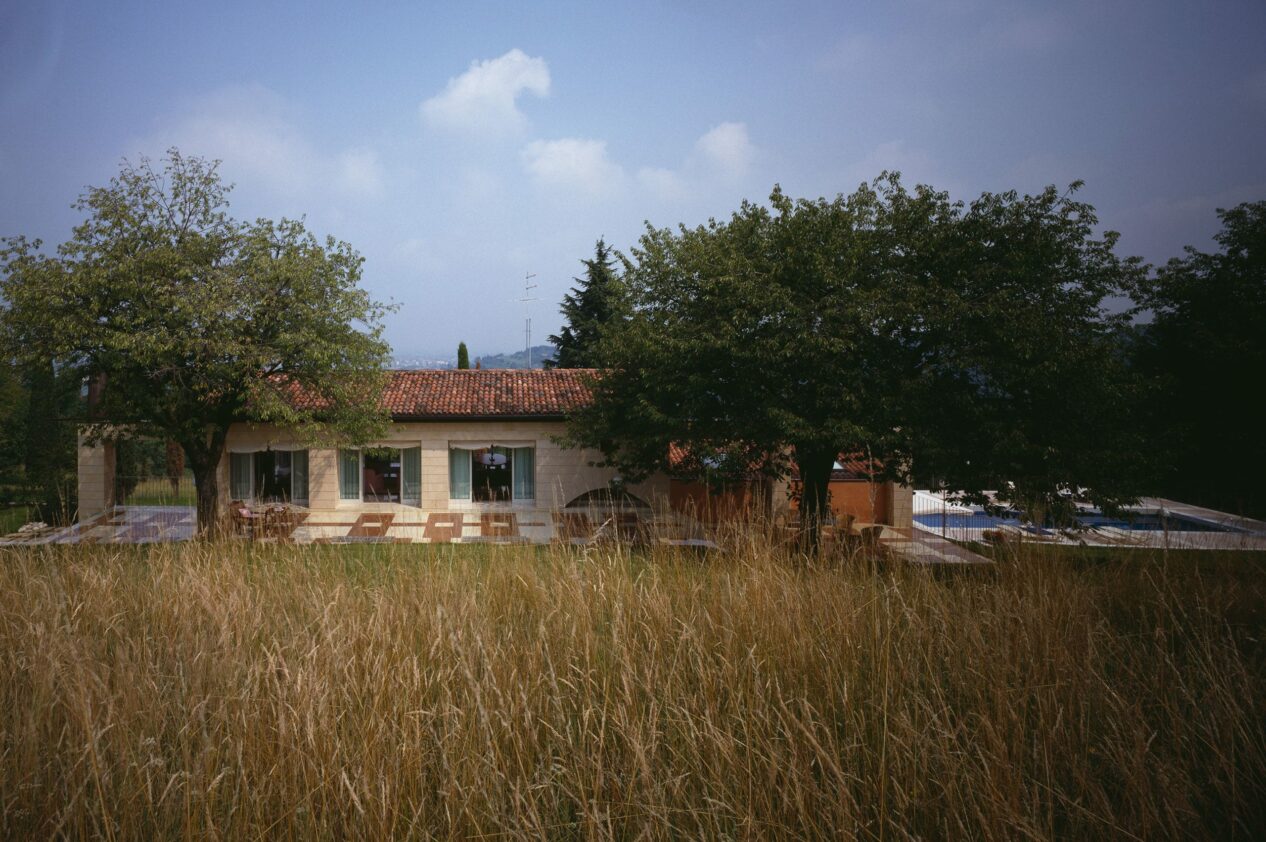 The owner is a young lady interested in fashion that produces high quality knitwear for well-known French designers, who are hosted and work in her house during the development of their collection. The firm is a few steps away, settled in an ancient villa-convent. This home-studio-house for guests has been designed from a pre-existing building of modest quality, intended as rural residence and equipped with a portico that later became the studio wing.
Instead, the project aims exactly at building quality. It’s a two-faced house. The upstream front, to south-east, towards “the cherry-tree garden” and a large lawn, made of yellow stone caved a few kilometers from the site; a classical and sunny façade, a skin of pillars and architraves that seems anchoring the small building to the ground. The downstream front, to north-west, on the Vicenza basin and the Prealps, is lighter, a two-story building, in bricks and masonry and it respects a more traditional type. In front of the house, a ship-shaped construction has been inserted in the escarpment, as it would landed on vegetation, with a wide deck where the long and narrow pool has been made, above the concrete wall “waxed” of red, like the copal of the old sailboats. For interiors local materials were used (Asiago marble for floorings and coverings), even the furnishing don’t come from far away, except for some pieces of furniture that the owner takes with her from her frequent trips.
The result: a calm house full of light, with a lot of space surrounded by greenery, where you can live happily and where the fashion designers can happily make breaks in the peace of the Veneto landscape. 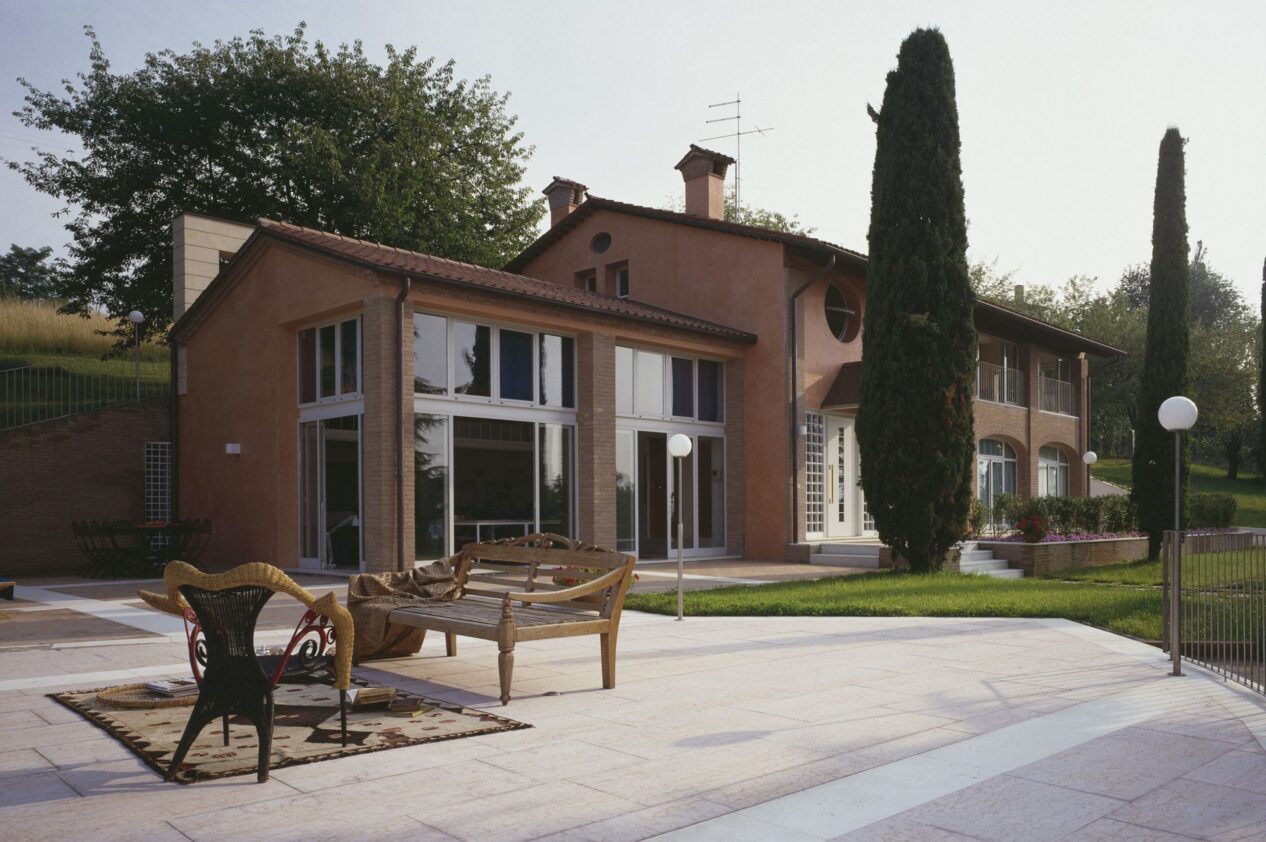 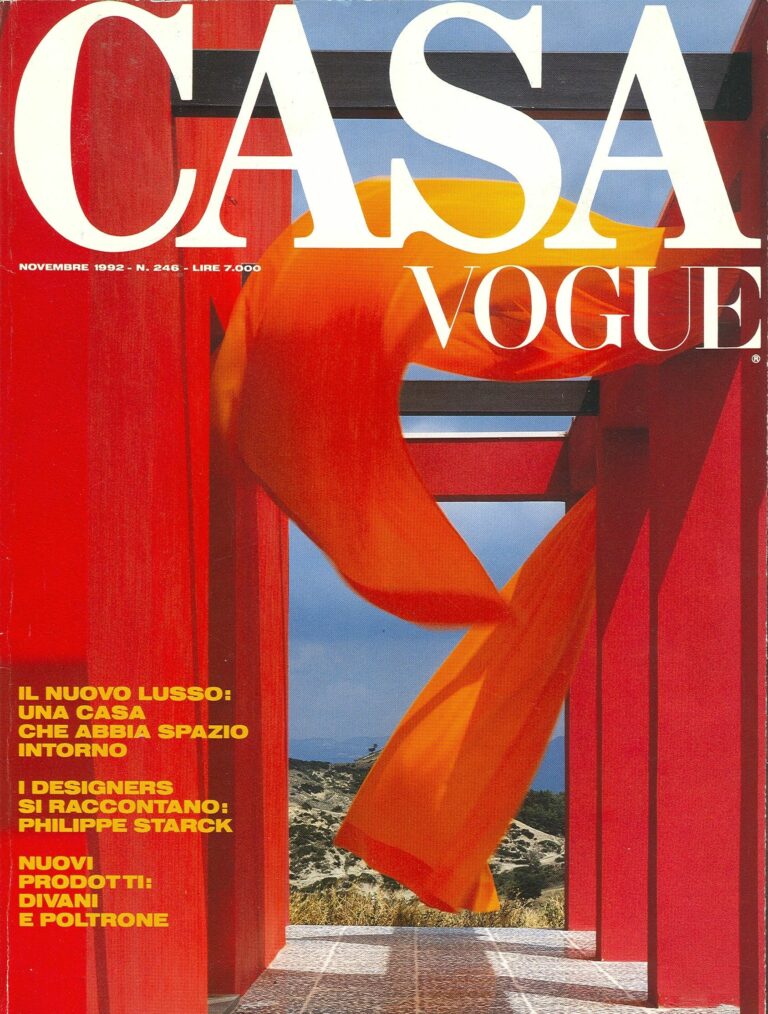