The Mezzavia church is a small place of worship in Montegrotto. The eclectic project can integrate elements of contemporary brutalism, such as the use of exposed concrete and regular geometries, with traditional elements, such as the Corinthian column and the Palladian tympanum, and liturgical elements. 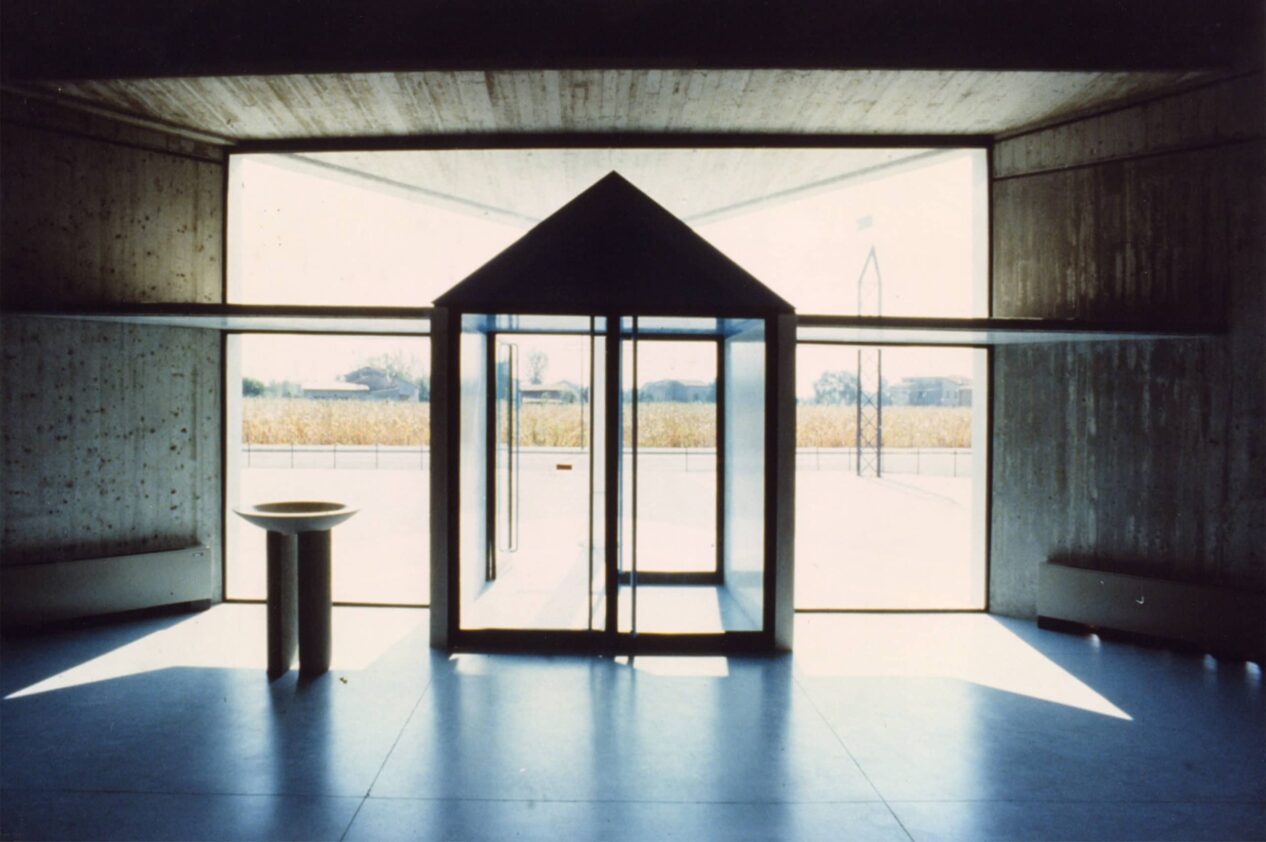 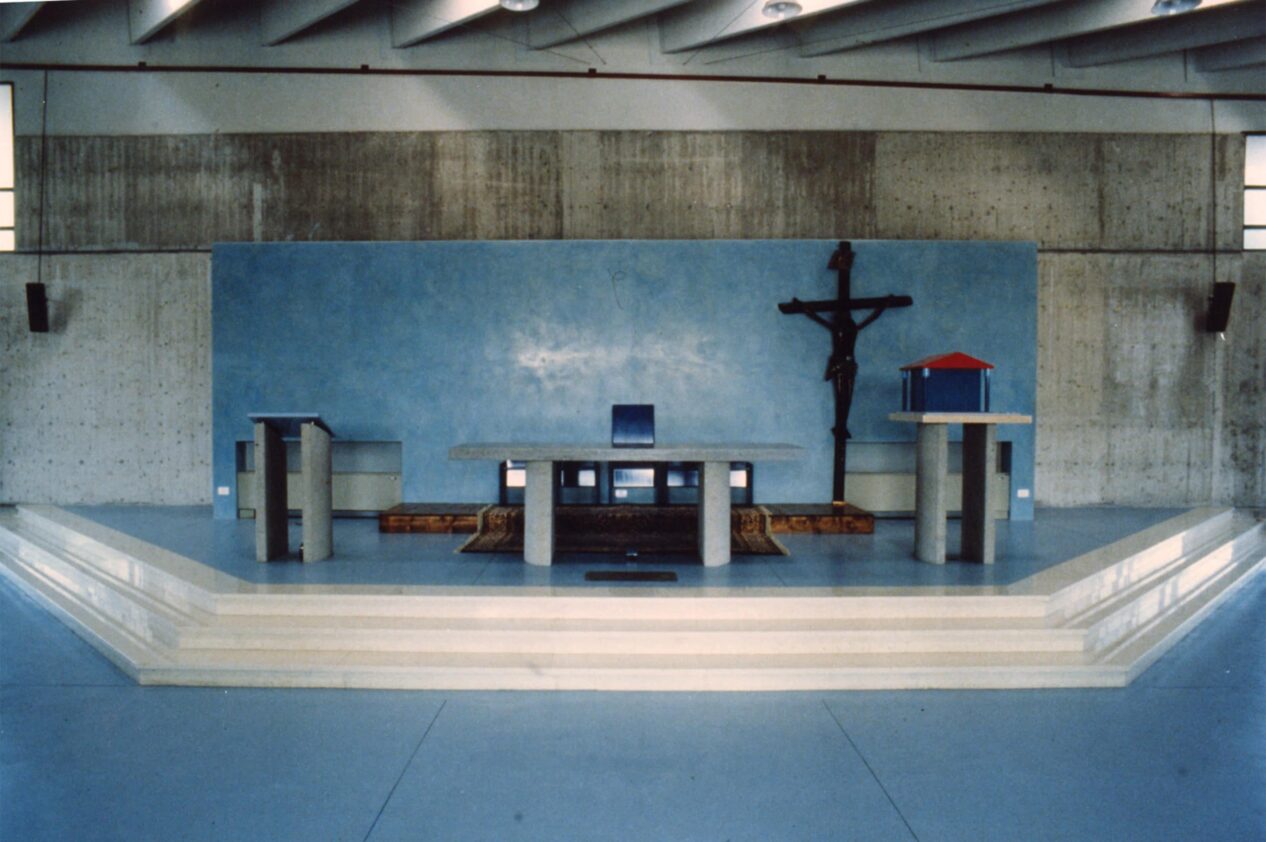