The first Asa Studio Albanese offices to occupy a former industrial building reconverted into a creative business are located in Contra’ Pusterla in Vicenza, followed later by Milano and Berlin. Previously the studio's home was a Gothic palazzo, in a large 18th century villa in the shade of frescoes by Giovanni Battista Tiepolo and finally in a Palladian palazzo. 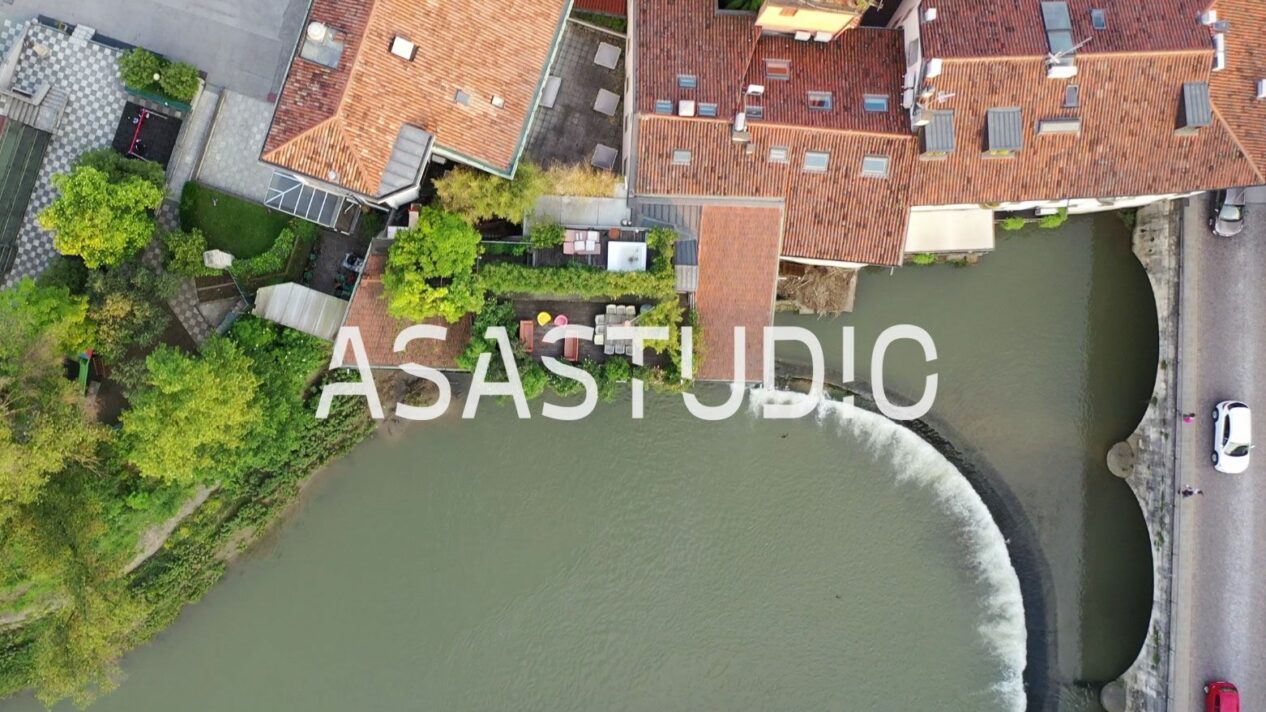 In the spaces of the old Rumor printworks, the strategies of rapid regeneration have been experimented with and applied that encapsulate the operational grammar most often used by the studio: the adaptation of buildings no longer in use.
The Rumor printworks were built in the ’50s on top of several old mills that capitalised on the driving force of the river Bacchiglione that flows through the city of Vicenza. Along this stretch, the water is always fast and clear, with drops, waterfalls and small rapids. The rationalist structure of the historic printworks has remained more or less intact, by adopting rapid regeneration strategies that provide at least two advantages:

The façade is the only architectural element to have undergone radical reworking, with the infill walls replaced with large windows. Of the building’s four floors, the two middle ones are occupied by the studio’s business activities, the basement by the materials sample store, and the top floor by an apartment with large adjacent terraces. The main work areas are large open spaces where the surrounding landscape enters through the windows. The rest is bright, with the original walls of the old printworks, simply painted white, and translucent black for the wood and cement flooring. The noise of the waterfall and the reflection of the water’s surface accompany the architects at work. The double-height space on the first floor has a hybrid function: a space for meetings, presentations and events open to the public. It also houses Asa Studio Albanese’s most significant cultural asset, a library of more than 15,000 volumes and a remarkable archive of journals. The studio’s various areas are seamlessly occupied by contemporary works of art (some site-specific) that are periodically replaced. 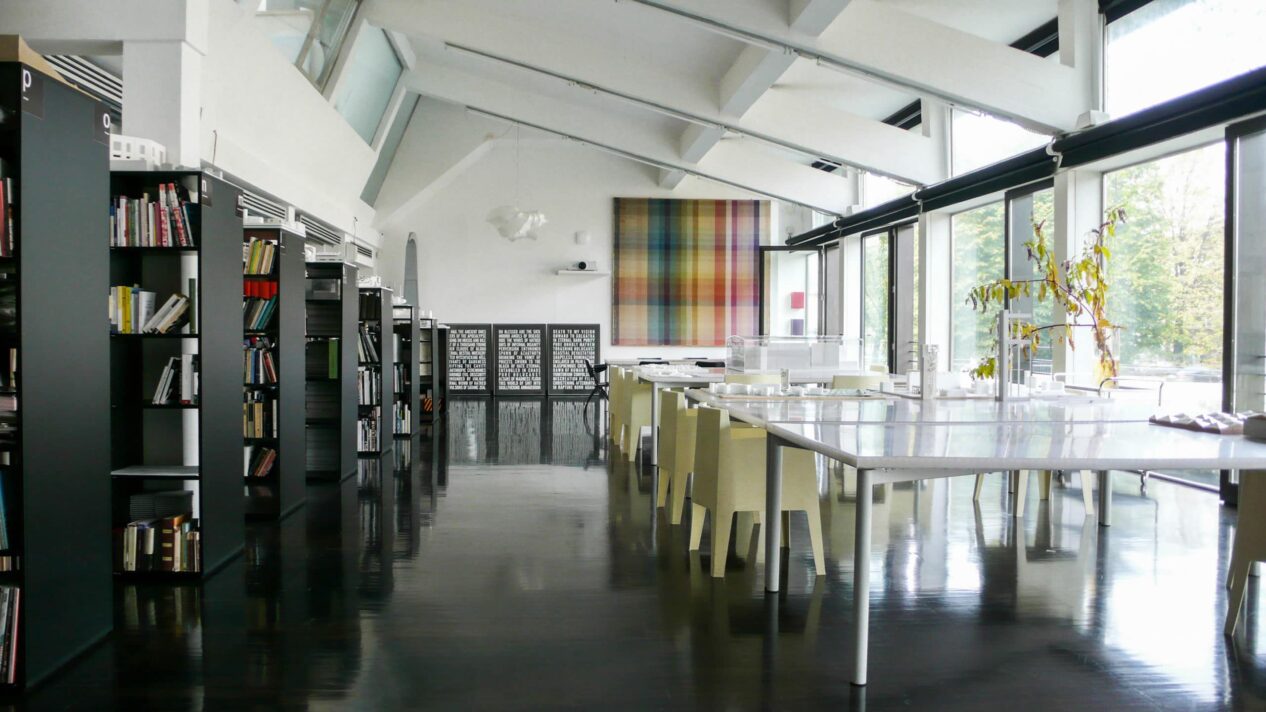 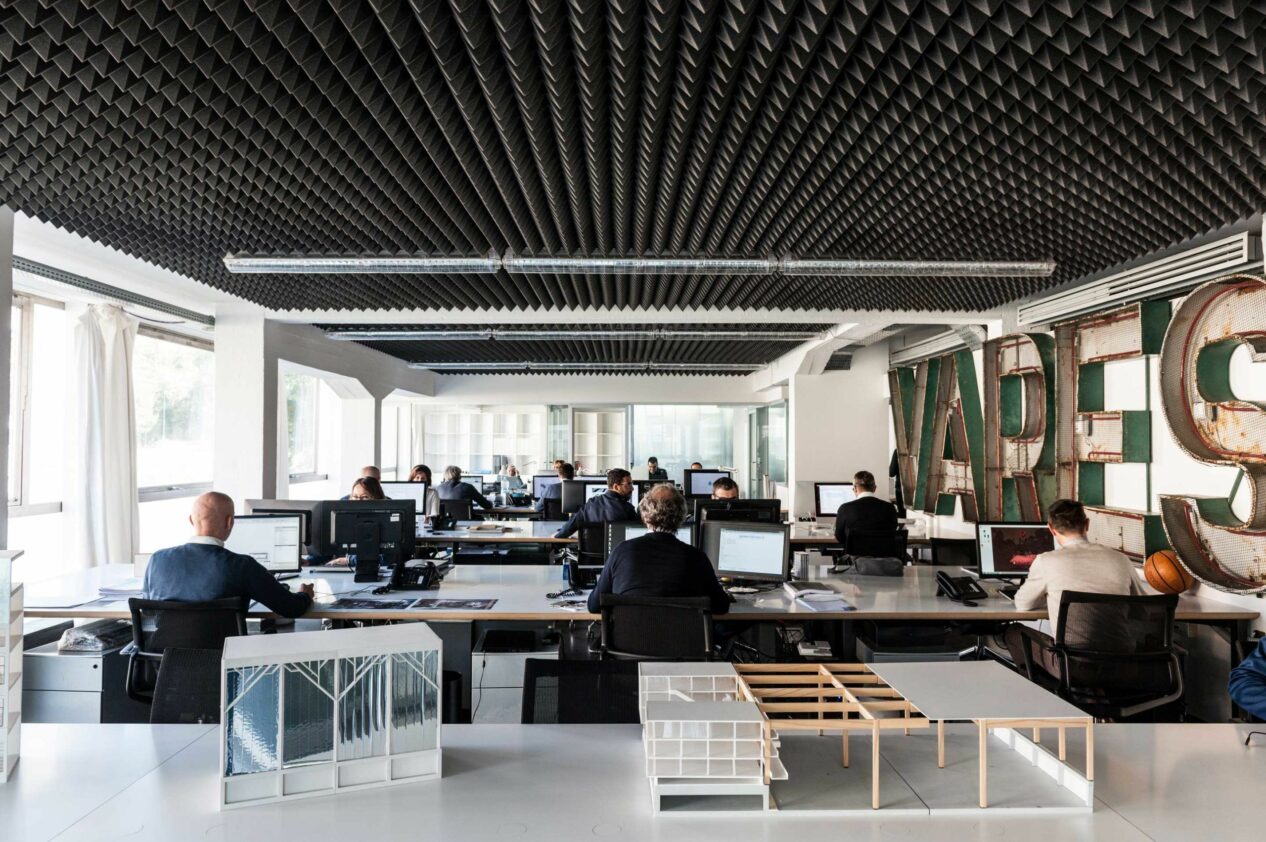