Yorkdale, the major retail shopping mall in Toronto, hosts the first Canadian location of Thom Brown New York.
The distinctive feature of this project is the facade: high portals, in reminiscence of classical heritage, welcome you into this brand new retail store.
This is a classic Thom Browne design: Bardiglio marble walls and black and white Terrazzo flooring. Besides, elegance with a little austerity is confirmed by the set of vintage furniture enriching the space. 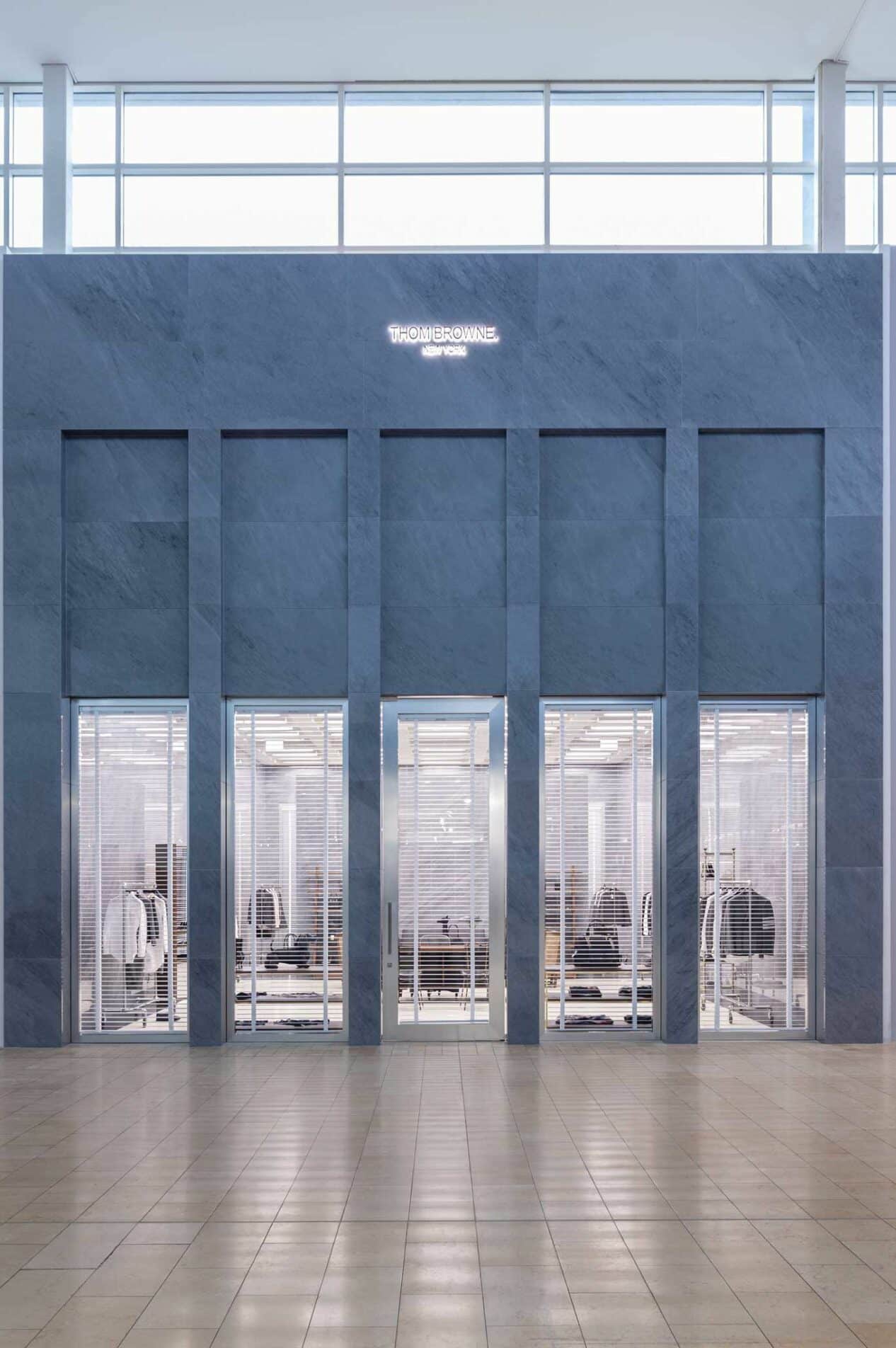 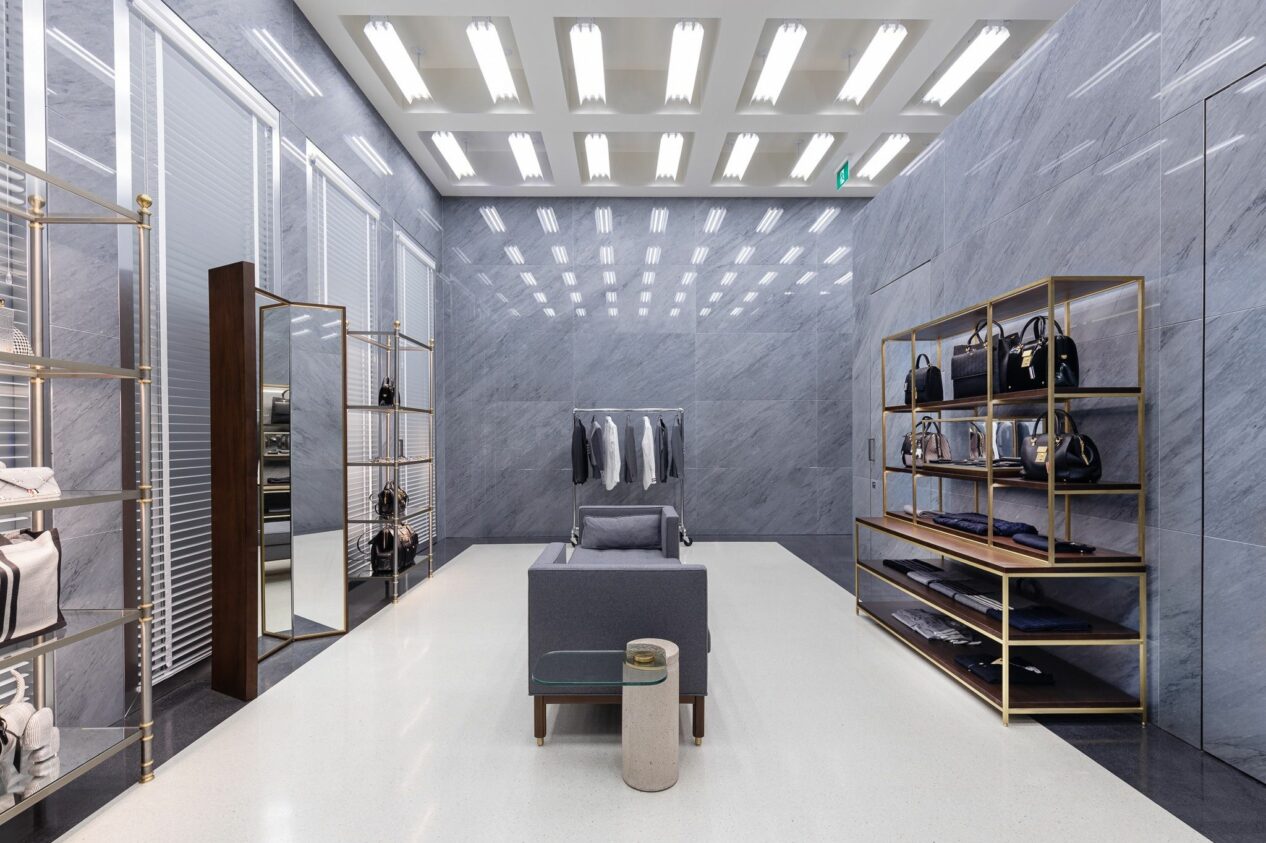