A nineteenth-century villa at the top of a large romantic gardens overlooking the surrounding plain from the hill, reconfigured with clear and meticulous details in a contemporary house.
The structure has been redesigned to propose the distribution method of the villa in the most classic sense again: on the ground floor the public and social life is shown, which revolves around the large central space characterized by the double row of stone columns and barrel vaults. This perfect center thus becomes the stage for a rediscovered social performance. The floors were made of Lara stone of Liguria with inlays of trachyte of the Euganei Hills, while the walls were covered with lime treated with oxides. For some rooms of the main floor it has been used of a “Tiepolesco” blue color to create an idealistic opening towards the outside and the landscape. 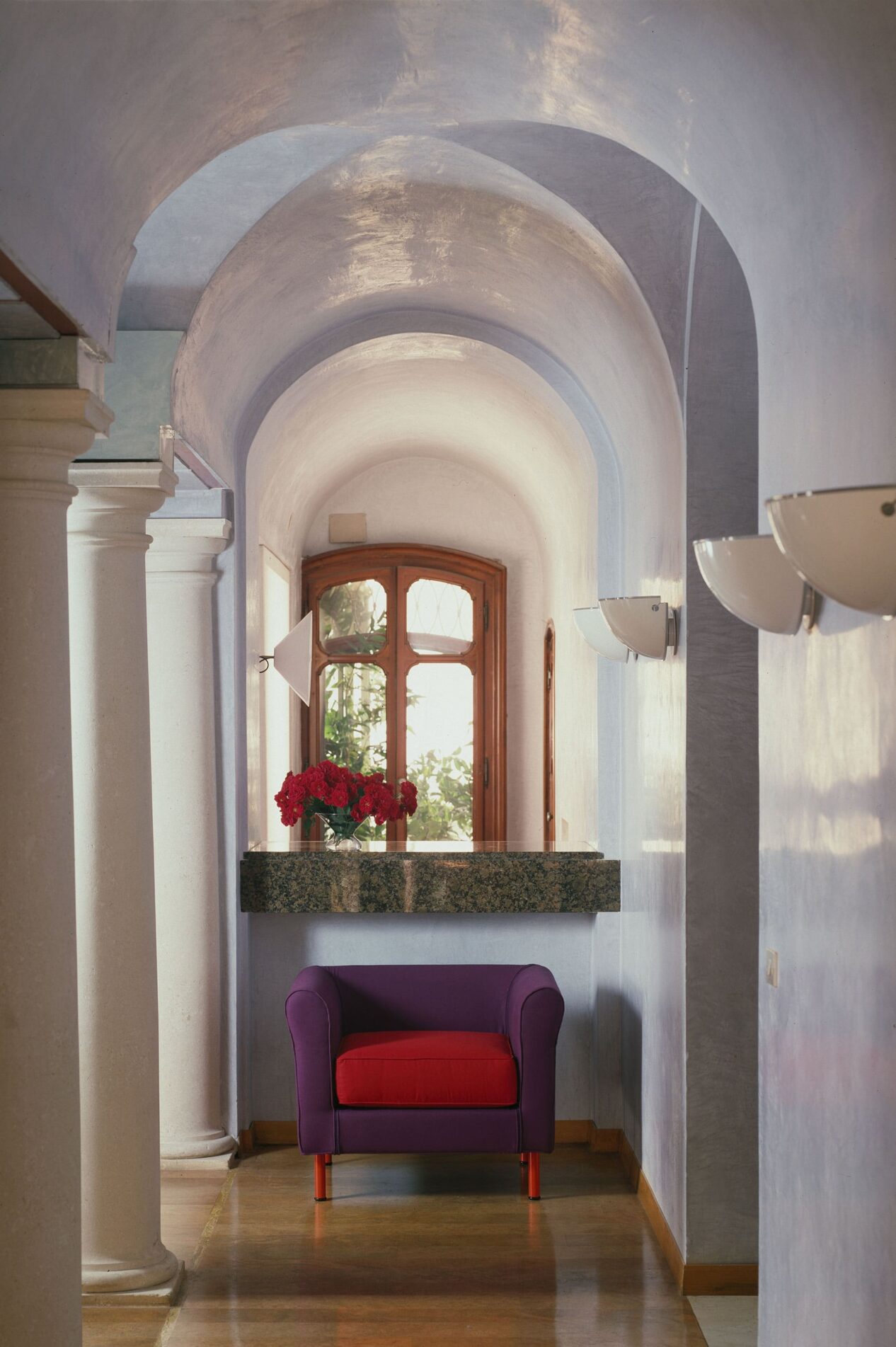 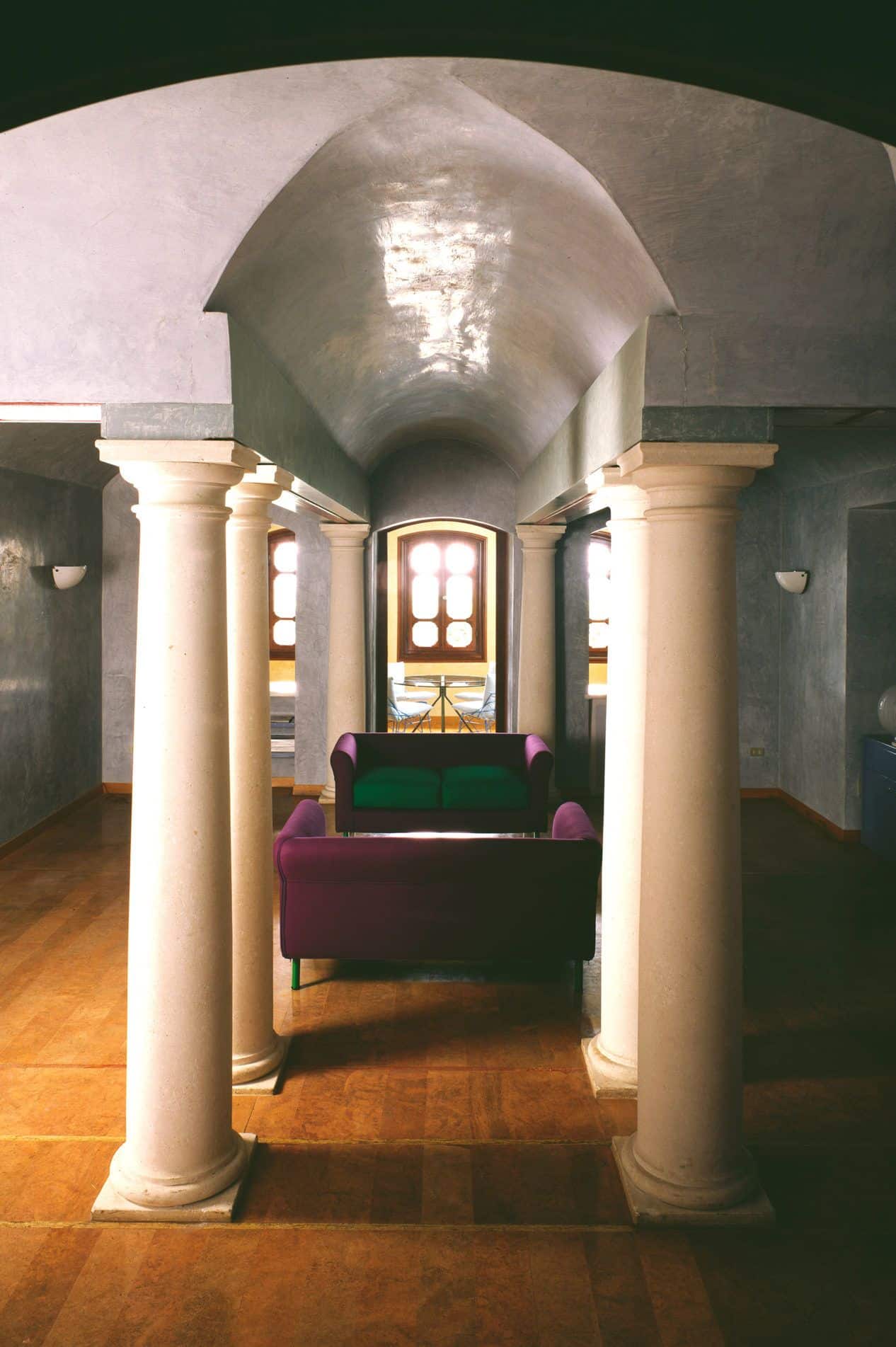 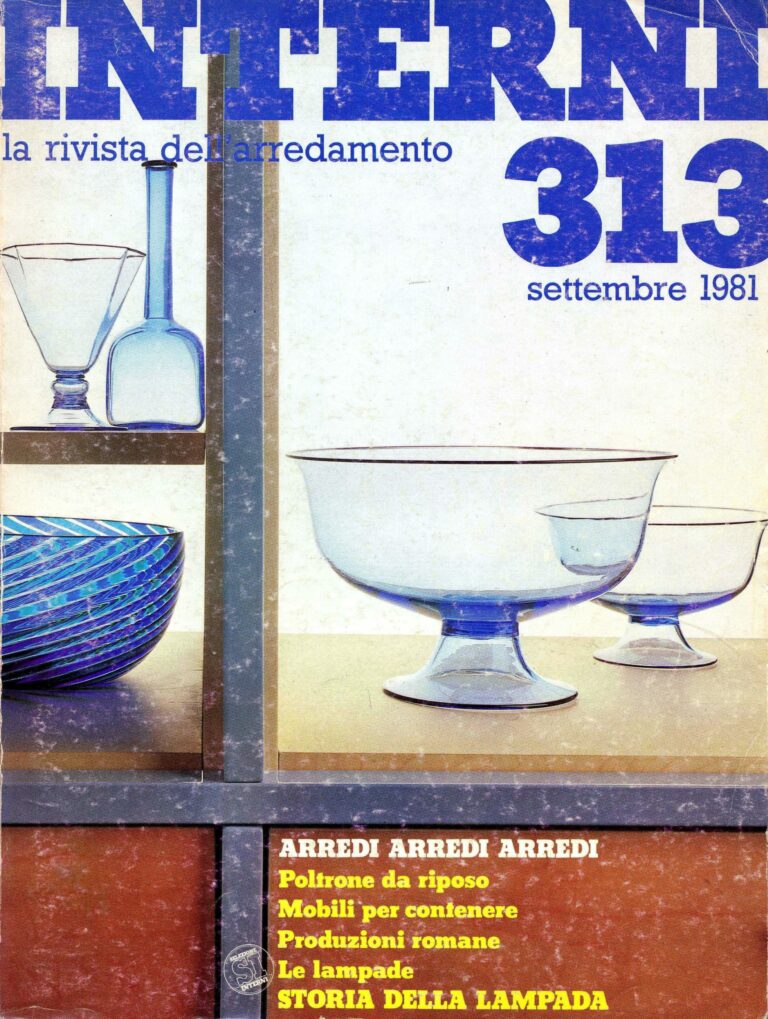